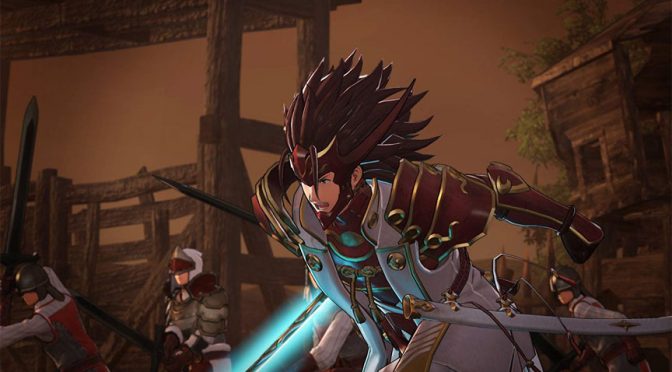 It would be challenging to find an avid gamer who hasn’t heard of Nintendo or other Japanese game makers. With such a pervasive and robust presence in the gaming industry, Japanese video games are considered first-grade. Many new players show up every day for the intriguing design and gameplay, and old fans keep coming back.

With that in mind, we have compiled a list of the best Japanese online games. The list is comprehensive, as some of them include games with mobile platforms, some were pivotal games in the industry, while others are world-famous and trustworthy casino games. Take a look at our list below.

Fire Emblem was first released by Nintendo in 1991 and it was developed by Intelligent Systems. Fire Emblem is one of the best tactical role-playing games, and it’s latest edition Fire Emblem:Three Houses is its 16th entry in the series.

One of the most eye-catching details of the game is the permanent removal of characters once defeated in a battle. Some newer versions of the game, from Fire Emblem: New Mystery of the Emblem onwards, include the option of reviving the fallen characters.

The game is top-rated and well-received in Japan, with international audiences praising the gameplay and enjoying the multiple crossovers with other franchises.

One of the most popular online casino games with a Japanese theme is Japanese Roulette. Players can expect the classic feel of a roulette game but with a Japanese twist. The game is provided by Evolution Gaming, and most bettors opt for Japanese Bitcoin Roulette.

The rules follow the European version of the game, but the playing atmosphere is more relaxed and smooth. A professional Japanese dealer greets players who select the popular live dealer Japanese Roulette game. The game is the perfect escape from the dull nine-to-five days.

Resident Evil or Biohazard, as it is known in Japan, is owned by Capcom and represents the most played and sought after Japanese horror media franchise. The franchise is a series of survival horror games and live-action movies, animated films, comic books, and more. Resident Evil has proven itself as one of the most successful Japanese gaming creations and has sold over 100 million units worldwide.

The first version of the game was playable on PlayStation 1, while the latest edition from 2019 is available on Microsoft Windows, PlayStation 4, and Xbox. Resident Evil 7 is the first game from the franchise to use virtual reality and a first-person narrative, making its long-standing reign in the online gaming industry even more successful.

If you’re a fan of horror games, you cannot go wrong with the VR version of this classic survival horror game.

Monster Hunter made it onto our list because of its global popularity, with more than 70% of its revenue being made outside of Japan. The game was developed and published by Capcom in 2014 and represents one of the top Japanese action role-playing video games that involve hunting dangerous creatures on action-packed quests.

Monster Hunter Generations Ultimate is the 2015 version of the game specifically released for the Nintendo 3DS, making this fantasy action game one of the most well-received games online. You can expect impeccable graphics that make you feel like you’re fighting more than one hundred monsters. Don’t forget you’re also racing against time, which adds to the thrill of the game.

If you’re looking for a game to play on your iOS or Android device for free, Fate/Grand Order is the game for you. First developed in 2015, Fate/Grand Order is a role-playing game with a visual novel format which allows for a compelling narrative and various scenarios. The player takes on the “Master” role while commanding “Servants” to battle enemies in a turn-based combat setting.

The game is one of the highest-grossing free games in the last three years, making billions every year since 2018. Sega also released a Fate/Grand Order Arcade game in 2018.