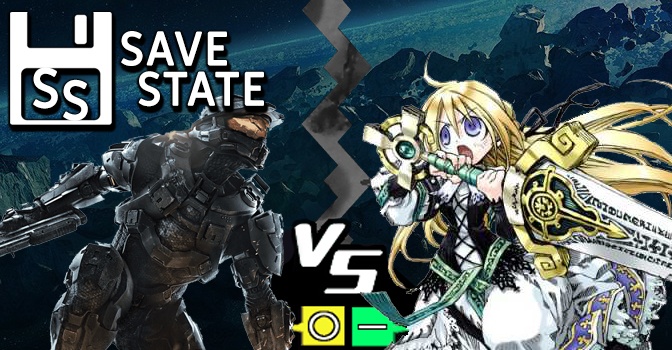 Welcome to Save State, where we try to finish the fight… with the backlog.

These last couple weeks have actually been a great trip down memory lane. Reconnecting with old friends I haven’t spoken to in many years, being disgusted by the fact that they want to discuss politics within ten minutes of meeting one another again, finding some old photo albums… You know, the typical summer things. Of course, due to Steam sales, I also wound up reconnecting with another I haven’t laid eyes upon in some eight years- Master Chief.

A banner popped up on my screen- “Halo 3 releasing soon!” it told me, in its most seductive voice. Before I knew it, I had been wined and dined by Gabe Newell of Valve and the Microsoft advertising team, because Halo: Master Chief Collection was added to my library almost like an involuntary reflex. The backlog only knows growth, and it encompasses all- much like the Flood.

Halo: The Master Chief Collection has been on PC for around eight months, but the games that compose the overall collection were being drip-fed to early buyers as they were completed. On release, only Halo Reach was playable, though as of July, Halo: Combat Evolved, 2, 3, and Reach are all available for play on PC. Countless hundreds of hours were spent on my couch, where myself and two buddies would meet multiple times per week to play Halo 3’s campaign and multiplayer, and I couldn’t resist the siren’s song of Halo’s opening theme any longer.

Both my best friend and I bought and booted up the game for the first time in years- though now we were no longer sharing the same couch. We’re married now- him with children- and live in completely different states. The initial wave of nostalgia at the title screen, playing through the Halo: Combat Evolved or Halo: Reach campaign, these games are so well put together that they remain great experiences even years later, despite some random issues of lag spikes occurring every now and again. Outside of one particular mission, Halo 3 and Reach still have the best campaigns that any Halo game has ever had. 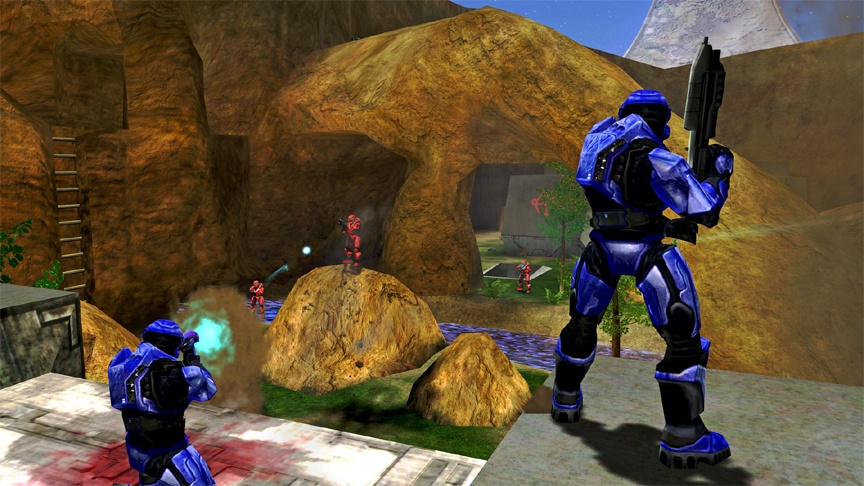 I am completely unashamed to say: Halo 3’s multiplayer stands as one of the best online multiplayer experiences I’ve ever had, and I’ve been online gaming as far back as Command & Conquer Red Alert in ‘96. The clever simplicity of map control, skill in 4-shotting with the battle rifle, landing that perfect headshot snipe vs a Warthog that was just cutting its way through your team- everything works so well that you could see this as a slower, methodical evolution of the fast-paced arena shooters that we grew up playing as a kid (like Unreal and Quake). Halo is slower, to be sure, but the more experienced and skilled player will win every one on one bout; if you die, it’s because you were outplayed… generally speaking.

There are some weird issues with the Collection that not everyone on PC may encounter. For example, I sometimes find myself unable to join any matches at all due to a, “Connection Interrupted” error, and this issue persists until I sign out of my Microsoft account and log back in. Likely due to this Microsoft account issue, I am also unable to unlock any achievements in the game as well, as I’m still sitting at 0/700 Steam achievements despite my friend unlocking them as we play multiplayer and the various campaigns. This issue is also so rare that I’ve only found a few people complaining about the issue as a whole, but there doesn’t seem to be a fix (achievements are not a big deal to me, but not being able to unlock them may bothersome, so I felt it worth mentioning). 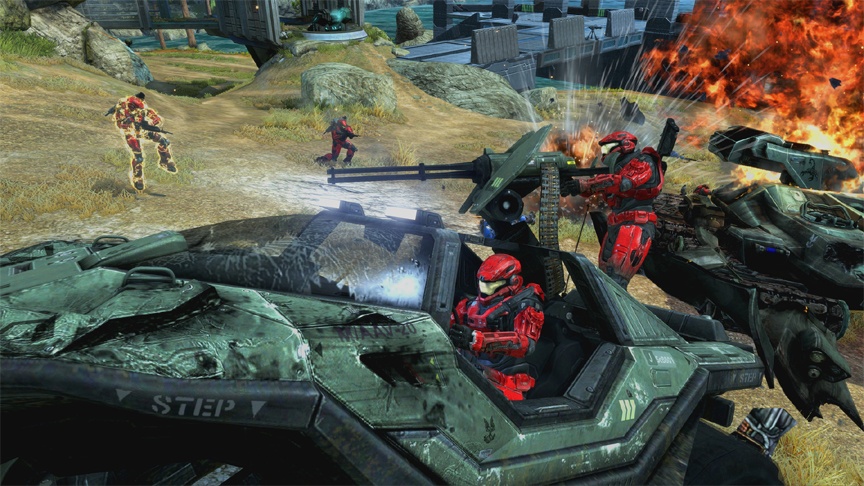 Overall, the Halo: Master Chief Collection has been a great experience and one I could strongly recommend if you enjoy older arena-style shooters. You get multiple campaigns, and can choose from a variety of multiplayer modes, since you can choose from every conceivable mode available in Halo: CE, 2, 3, and Reach. There are also fewer squeaky twelve year olds screeching about doing unspeakable things to my mother, which is always a plus.

Speaking of 12 year olds, it’s time to talk about the other game I was playing when I wanted to do something other than kill aliens- Yggdra Union on the GBA. So, the characters in Yggdra Union aren’t 12, but they do somewhat look like it. I’ll just admit- I didn’t really have a great way to transition from Halo to a Sting strategy RPG (I actually love the art style and am not hating on it). 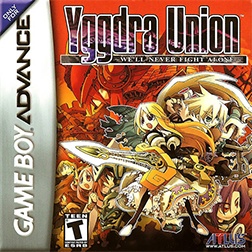 Yggdra Union is the second game Sting put onto the Gameboy Advance, coming a few years after a game that should be familiar: Riviera, the Promised Land. The Gameboy Advance was no stranger to great strategy RPGs- Shining Force, Fire Emblem, Tactics Ogre, Final Fantasy Tactics Advance, and Yggdra Union is capable of standing among the best on the platform. Or, it would, if more people knew about it and understand its systems. This is a meaty SRPG, with so many things going on under the hood that even seasoned RPG veterans had difficulty grasping all of its complex nuances.

This is the story of a girl. No, she didn’t cry and drown the whole world: Princess Yggdra loses her castle in a siege by enemy forces, teams up with a ragtag group of thieves and warriors, and claws her way through enemy forces to kill an angel. What, it’s a JRPG. did you expect it to end without killing god, or something? Along the way, Yggdra will be joined by a thief, a paladin, a wizard, an actual house wife, and a fish.

As you would expect in an SRPG from the GBA era, Yggdra Union begins each chapter with some story, moves you to the battle map where you select your units and move them, and you can use your units to attack enemy units on your turn. The game already makes things weird with its movement system- each turn, you select a card with a “power” value, a weapon skill, and a “move” value. The power determines your overall strength for the turn, with move being shared across all of your units. For example: If you have a card with 8 move, you could move 2 units 4 spaces, move 1 unit 8 spaces, or move 4 units 2 spaces each. The power value determines how much damage you deal to enemy morale after a combat encounter, and if an enemy unit’s morale hits 0, they “retire.”

So it’s already gotten strange and I haven’t even gotten to combat yet. Only one unit gets to attack per turn, and each character leads a group of soldiers- if you’ve played Advance Wars, Wargroove, or similar game, this should be immediately familiar to you. Your units can be grouped together into “Unions,” which allows units that are diagonal or side-by-side with the attacking unit will join in to deal even more damage (which, this depends on the sex of the attacking unit). Once the opening attack is done, the two forces will fight tooth and nail until one of them exhausts all of their soldiers. 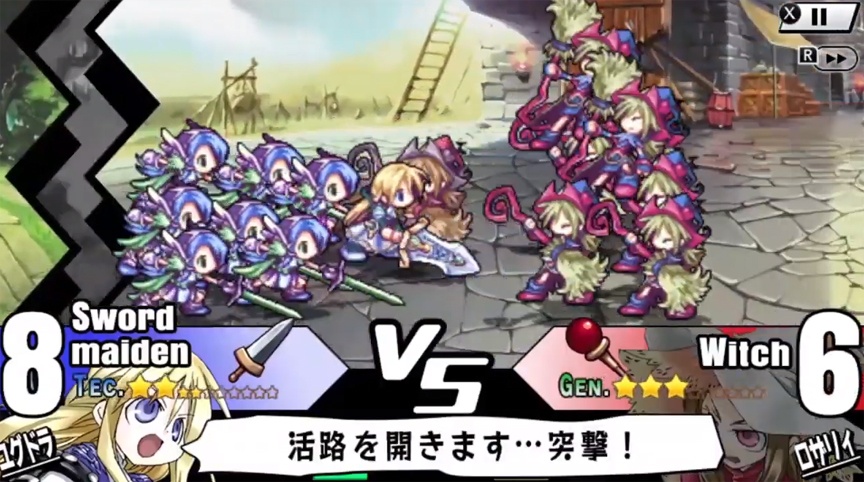 There’s also a meter at the top of the screen, which you can build or expend by using the dpad. If you make your units more aggressive, you’ll expend the meter to deal more damage (including elemental damage, which can make some enemies go down quickly if you have the right element). If you make your units more passive, the meter will charge and your units will deal less damage, but once 100%, you can use the skill on the card you selected for your turn. Remember how it was mentioned earlier that cards also have a weapon skill? The attached skills can completely change the tide of battles, assuming the lead unit of the attack is using the same weapon as a card. There are also cards that can be used by any character with any weapon, though many of those tend to be weaker or have some other drawback to make up for its flexibility.

So that’s already a ton of information for things Fire Emblem would let you resolve with just a single button press, and this isn’t explaining the items that you can equip which give major boosts to the equipped character. These items only last for so many maps, but afterwards the items are “consumed” so the state boosts remain permanently and can then equip another item. Managing the morale of your party so you don’t lose EXP is another important aspect of the game, and the stat boosting items may also need to regularly be consumed in order to keep your team’s morale up so you don’t lose valuable EXP or stat boosts. Oh yes, and enemy units typically outnumber your cast 5:1, if not more, requiring you take advantage of terrain and every possible advantage you can get, and enemies in combat also have access to a rage meter that allows them to bust out a powerful weapon skill similar to what you can make your units do with the right cards. There’s also a weapon and element triangle, where some units will be more effective versus certain enemies than others.

Yggdra Union is like an ogre, or an onion- it has layers. Lots and lots of layers. 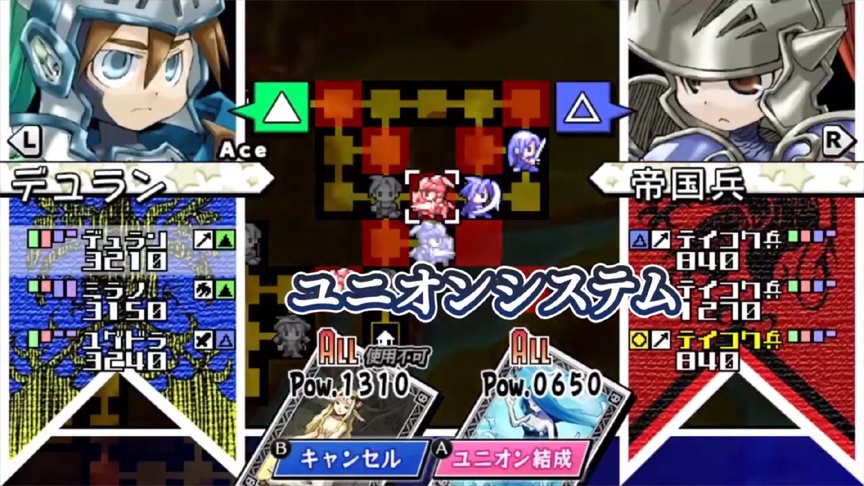 Obtaining new items is probably the worst thing about Yggdra Union- while in Riviera you were given choices on how to go through dungeons or what to spend your trigger points on to find new items, those invaluable items in Yggdra Union are oftentimes found on indistinguishable tiles of the battle map, completely unmarked. So randomly moving along, you may find an item that gives you incredible stats, which would make you think that you should spend time checking every single tile- but every map has a target turn count that, if you meet or exceed, will also give you free stat boosts. . Cards level up the more you use them, so you can be incentivized to keep using weaker cards to make them more powerful for the late game.

Yggdra Union is probably one of the most original SRPGs that I’ve ever played, even if it has that typical Sting esoteric charm. The game doesn’t hold your hand, and if you play badly for multiple maps in a row you could even find yourself in a position where you get stuck because you allowed your morale to be absolutely destroyed before a new, more difficult challenge. It is worth mentioning, however, that the PSP release of Yggdra Union made it substantially more fair- it rebalanced things and added a hard mode that is still, somehow, is less difficult than the GBA original release. In fact, I would wager to say that Lunatic, Maddening, etc., of most Fire Emblem titles will seem easy in comparison. For those who want a difficult, but still very enjoyable SRPG, the PSP version of Yggdra Union is a great game in which to lose some hours and boasts a lot of changes that substantially improved the experience. If you just want to play an absurdly hard old school SRPG, however, you can join me with the GBA version though I will recommend playing with a guide for your first time through so you have the most items and information at your disposal, because if you still don’t know what GEN and TEC truly do until the 20th map, odds are you’re not going to finish the game that play through.

So that’s it for this week’s Save State. Join me a couple weeks from now when I undoubtedly talk about some old games I’ve dusted off from some unspeakable pocket dimension in my back room. Some days I wonder if the backlog is now taking physical presence in my home. Send help – I haven’t seen my cat in weeks.