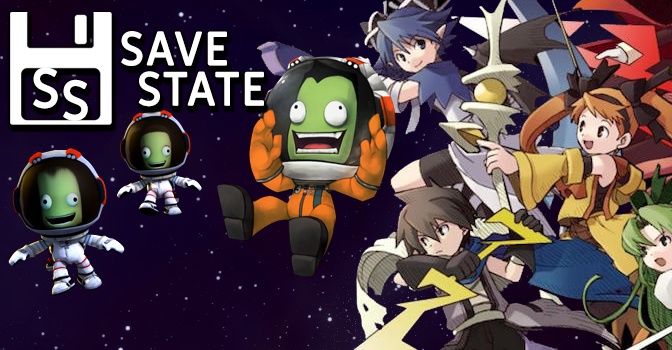 Welcome to Save State, where the backlog needs to be shoved into a rocket and launched into outer space. Of course, we won’t do that, because we’re just one or two big Steam or Humble sales away from acquiring another giant backlog of games.

This week, one of the games I’ve spent some time fiddling with is Kerbal Space Program, a game all about building rockets and flying them into space. Also, possibly committing gremlin genocide. If there was ever a game that exemplified learning by failing, it’s Kerbal Space Program. 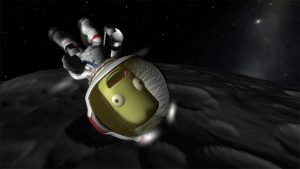 In this game, you’ll build a rocket and fly all over the solar system for the sake of just seeing if you can, or if you’ll explode a bunch of random things because you accidentally turned the throttle down on the rocket while it was launching. KSP is a bit of a strange game, as if you can see something impossibly far away on the map, you can undoubtedly reach it should you build your rocket well enough and understand how orbital mechanics works well enough to pilot a simulation to get there. Of course, there will be plenty of failures, usually signified by explosions and tons of dead Kerbals, but their deaths paved the way for you to finally get your rocket into lunar orbit… and your feeling of elation suddenly crashing down around you because you forgot to include parachutes this time so you crash. 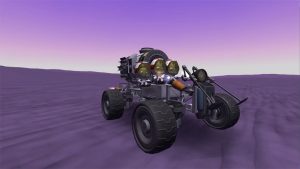 There’s a pretty steep learning curve at first, and loads of physics-based challenges you’ll have to endure in order to succeed at basically anything you attempt in Kerbal Space Program, but sticking with the game and learning how to play it is overtly rewarding and immensely addicting. Entering science mode and advancing through the career gives you challenges to overcome as you progress, but if you ever get tired of that you can hop into sandbox mode, build an absurd rocket, and wipe out the minions of planet Kerbin by sending a rocket into solar orbit at a right angle to the normal orbit so as to crash into the planet within half a year. The effective game play loop, though, is that you fail until you grasp the mechanics well enough to reach further planets, then discover things on those planets that can make it possible to go even further throughout the solar system (or possibly even beyond). You can even set up self-sufficient bases on other planets if you so desire! 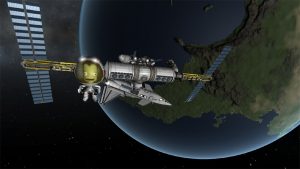 It’s an interesting game, where the fun really is what you make of it. Building a rocket in sandbox mode is pretty simple, if not overwhelming: You use the vehicle assembly editor to add parts and snap things together until you get something that resembles a spacecraft (or not, it’s your life. Or those of the Kerbals, anyway). You’ll add your crew and place your engine, setup fuel tanks, stabilizers, decouplers, and more, so that your rocket doesn’t turn into a spinning fastball of flaming death. After creating your rocket, you’ll move from building mode to become the pilot, and you’ll be able to control the throttle, when objects decouple from the rocket itself, set up prograde and retrograde markers so you can control your orbit until you reach the destination you wish to reach, and more. 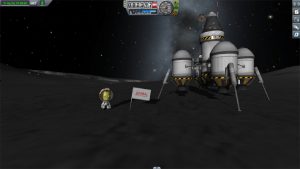 If it sounds complicated: That’s because it is! Managing your fuel and burn time to efficiently do a moon landing, or building your rocket so you don’t spiral out of control, all of these things come into play when playing Kerbal Space Program. It can be extremely rewarding to complete your first planetary landing after experimenting with the game’s builder, physics, and controls for hours at a time. Kerbal Space Program is essentially the gift that keeps on giving with fairly robust science and sandbox modes, for those who like experimenting with their games and don’t mind a little trial and error. For those who abhor trial and error mechanics due to wonky physics and wacky game play, perhaps the next game we’ll talk about might be more your speed.

After coming back to Kerbal Space Program game for around a dozen hours, I was definitely looking for something a bit more linear after I got my fill, and that’s where the next game, Riviera: The Promised Land comes into play. 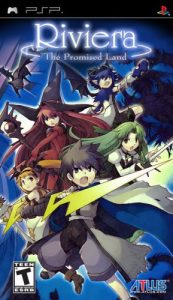 Riviera: The Promised Land is a very unique game among JRPGs- created by the now defunct Sting, this game exemplified the phrase, “Always forward, never backward.” This is a turn-based JRPG, but the characters you play as have a goal in mind- once you go through an area, that’s it- there is no going back because you’ve got people to meet and monsters to stab. The effective game play loop is that you will walk onto a screen, some dialogue or other information will be given to you along with a choice in how to progress through an area (“I hear howling from the left, but nothing from the right”- things that signify one path may be harder and have more rewards, that kind of thing).

Every so often you’ll encounter battles, and the better you perform in battles the more trigger points, or TP, you get. You can use your acquired TP to look at exploration points which may yield items, stat boosts, nothing, or even extra battles you would not have otherwise encountered. There are also quick time event style prompts which can pop up, like requiring you press a button repeatedly to, for example, extricate a sinking treasure chest from some swampy depths, or risk losing the treasure forever. 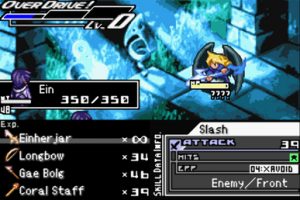 Riviera is a game about choice: The game has multiple endings determined by your dialogue choices with the game’s heroines, loads of missable items, lots of branching paths which all lead to the same boss battles, and very limited item space. You can only use 3 of your characters and can only bring 4 items into battle (out of the 16 you can carry- and there’s no storage!), which means that hoarding items isn’t the game plan here as you’ll largely be rotating new items in and out of your battle party constantly throughout a playthrough of Riviera. This encourages flexibility and trying out new things, as if you do well in the battles you’ll have so many trigger points that you’ll also have a surplus of items or new weaponry to use at basically any time, assuming you can actually perform the button prompts to disarm chests before they all explode in the latter half of the game.

Combat in Riviera is very much what you’d expect from a JRPG, you select actions from a menu and then things get hit and attack you in return. There’s an Overdrive meter that you can build up by both dealing and taking damage, and using it at level 3 can produce some very powerful attacks (with the main protagonist, Ein, having a third level Overdrive so powerful it breaks the meter for the rest of the combat encounter), but your enemies also have access to such a meter, which means they can likewise dish out big boy damage to you if you don’t kill them quickly or efficiently enough. Multi-hit attacks tended to fill up the Overdrive meter fastest, and finishing battles with an Overdrive yields a much higher rank which means more TP to expend while exploring, which in turn also means more weapons and items that you can use. 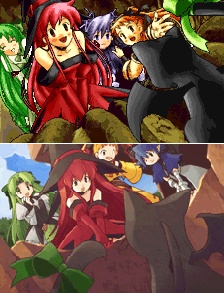 The most interesting thing about Riviera is that there are no character levels- each character has proficiency with different weapon types, and that can be improved by using those weapons more (which in turn unlocks more powerful Overdrives), but weapons have durability similar to what you’d see in Fire Emblem. Increasing your skill with a weapon will yield stat bonuses, so you’re strongly encouraged to use your weapons in order to boost your stats. Thankfully, there is a practice mode where you can battle against enemies you’ve fought in the past in order to increase weapon skills and character stats without expending item durability, though it isn’t required to do so (basically it’s something you can use should you start to notice that encounters are more difficult than you’d like them to be). Grinding is basically entirely up to the player, in this regard, which is a nice bit of flexibility.

Riviera: The Promised Land is a game about fighting the natural JRPG player’s instincts to backtrack, level grind, and hoard items, and those differences are one of the reasons why the game is so absolutely fascinating that it should be tried by those who have an affinity for the genre. The departure from JRPG standards in terms of exploration, and the limitations in terms of items and combat actually wound up making the game more interesting and much more open for subsequent playthroughs than the usual Japanese RPG. It’s definitely not going to be a title for everyone, but those who enjoy JRPGs but haven’t yet tried a Sting title may find a quirky little game to enjoy on their GBA or PSP. Riviera is definitely an easier game to sit down and understand at a glance- and you don’t have the risk of catastrophically exploding rockets in this game at all, for better or worse.

So join us in a couple weeks when I once again rip a couple titles out of my backlog to bloviate on about for what is likely more paragraphs than I should.