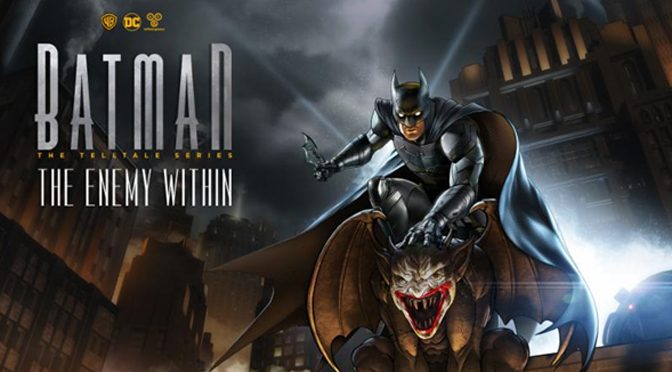 Since the complete second season will soon be available for download, we’re excited to share the official full season trailer for Batman: The Enemy Within, the five-part episodic game series that continues Telltale’s unique take on the World’s Greatest Detective. This trailer recaps the events of the entire season but focuses primarily on the relationship players built with former Arkham Asylum inmate John Doe, a relationship that will soon culminate in the birth of The Joker.

The season’s fifth and final episode, ‘Same Stitch,’ launches Tuesday, March 27 on Xbox One, PlayStation 4, PC, Mac, and mobile. The episode will soon receive two separate trailers of its own — one for each possible version of The Joker. For now, you can download screenshots, key art, and the new full season trailer by following the links above. More information about the upcoming finale, including the official episode description, appears below:

“What would you choose: a friend whose unhinged approach to justice turns your allies against you, or a sworn enemy who will stop at nothing to see you suffer as your city burns? Based on the relationship you’ve built with John Doe, you’ll see one of two very different stories play out. So what’ll it be, Bruce: friend…or foe?”