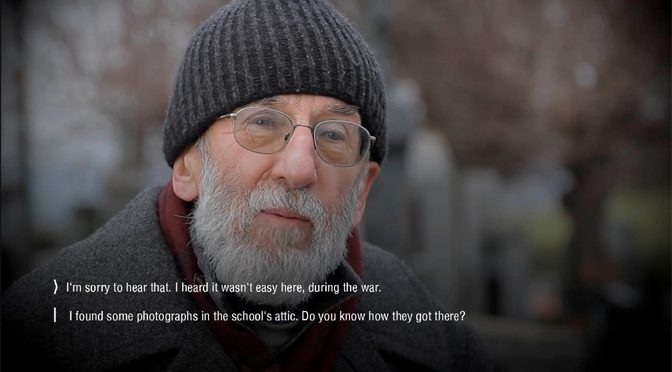 Charles Games, the team behind Attentat 1942, an award-winning video game about the Nazi occupation of Czechoslovakia, announces details of their new game in development titled Svoboda 1945.

Attentat 1942 was released in October 2017 and received several prestigious awards, including the “Most Amazing Game” at the 2018 A MAZE festival, “Czech Game of the Year 2017,” and a nomination for the 2018 IGF Award for Excellence in Narrative.

Like Attentat 1942, the new game Svoboda 1945 is a historically accurate game written by professional historians. “Svoboda 1945 immerses you in the story of a small village in the Czech-German borderlands. Its troubled past has left scars which run deep and affect even your family. You will revisit dark personal histories and struggle to find reconciliation,” says Vít Šisler, the game’s lead designer.

While Attentat 1942 took place during the Nazi occupation of Czechoslovakia, Svoboda 1945 (“svoboda” being the Czech word for “freedom”) deals with the violent events that occurred in the wake of the Nazi retreat at the end of World War II, such as the expulsion of Sudeten Germans from Czechoslovakia, the Communists’ rise to power, and the forced collectivization of farm lands. “The post-war era brought not only the joy of liberation, but also the painful enumeration of losses, outbursts of hardly justifiable violence, and a search for a new organization of society, one which was already being influenced by the onset of the Cold War,” explains historian Jaroslav Cuhra from the Institute of Contemporary History of the Czech Academy of Sciences.

Svoboda 1945 is being developed with the help of custom-built tools in Unity and includes a combination of interactive comics, video-interviews, archival film footage, and engaging minigames. “We put a lot of effort into the accessibility of our game. Unlike most games, Svoboda 1945 tests your empathy, not your reflexes,” states Ondřej Paška, the game’s programmer.

Charles Games, the developer of Svoboda 1945, consists of scholars and students from Charles University and the Czech Academy of Sciences as well as independent artists. The development is supported by the Czech Ministry of Culture and the Technology Agency of the Czech Republic. Svoboda 1945 is planned to be released in Q1 2020 on PC, Mac, iOS, and Android. Players can already add the game to their wishlist on Steam.