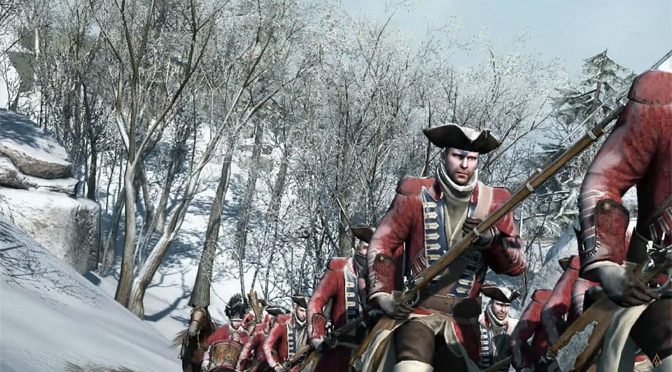 Taking full advantage of the capabilities of the Nintendo Switch system, the Remastered edition will feature touch screen interface, motion control aiming, optimized HUD and HD rumble. Additionally, gameplay mechanics and ergonomics have been improved for an optimal gaming experience.

Assassin’s Creed III Remastered will include the full game, the single-player missions Benedict Arnold and Hidden Secrets, the Tyranny of King Washington and Assassin’s Creed Liberation Remastered. You will be able to wander the new American countryside and cities, lifting up a mug of ale and gambling with your fellow patriots. If only the Thumbs Up Bonus website were around back then so that Connor and Aveline could have reviewed all of the bingo, slots and gambling sites available to them.

More details and features about Assassin’s Creed III remastered include:

Assassin’s Creed III Remastered can be pre-ordered for $39.99.