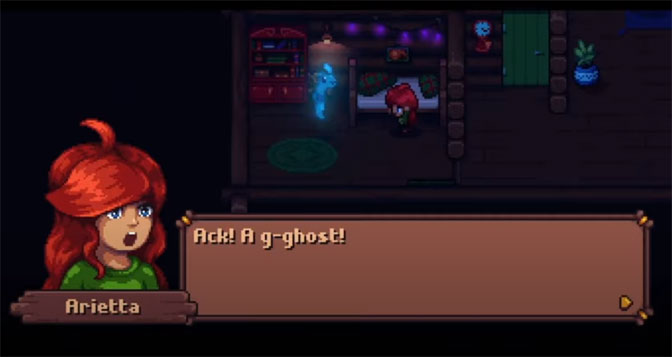 French publisher Red Art Games, in partnership with Third Spirit Games, is proud to announce that the charming adventure game Arietta of Spirits will launch digitally on Steam for $14.99 and on Nintendo Switch, PlayStation 4, Microsoft Store, Xbox One for $19.99 on August 20.

The game tells the story of Arietta and her family, visiting their Grandmother’s cabin for the first time after her passing away a year prior. However, the family trip takes an unexpected turn when Arietta meets a mysterious new friend and gains the ability to see strange spirits that inhabit the island.