Archie Comics, home to some of the most iconic pop-culture and comic book characters in the world, is teaming with Mammoth Media, the company redefining entertainment for the mobile-first generation with apps like Yarn and Wishbone, to produce original mobile story content based on the “Riverdale”, “Betty & Veronica” and “Sabrina The Teenage Witch” comic book series.

Delivered through Yarn’s short form storytelling in text messages and video, adaptations of the Archie Comics’ franchises will premiere today and expand on the classic comic book tales based in Riverdale and Greendale. 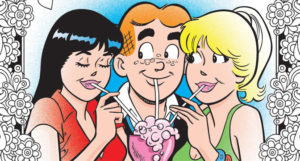 “We are extremely excited to partner with Archie Comics to create these Yarn series,” said Benoit Vatere, CEO of Mammoth Media. “Archie Comics has an incredible fan base who will be able to truly immerse themselves into Riverdale and Sabrina’s hometown of Greendale through engaging micro-stories that elevate their experiences within the fandom and build on the televised stories they see each week”.

Archie Comics is a cornerstone of Americana, dating back to 1939, with comic book stories detailing the lives of Riverdale natives Archie Andrews, Betty Cooper, Veronica Lodge and Jughead Jones, and the mystical antics of teen witch Sabrina Spellman and her aunts Hilda and Zelda. The Yarn stories, developed exclusively for mobile users, continues the reimagination of the classic characters that began in 2015 with the relaunch of the ARCHIE series by Mark Waid and Fiona Staples. 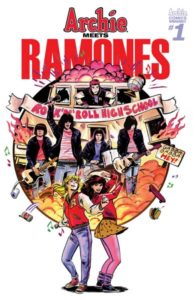 Characters from Archie Comics have appeared in various forms of multimedia across the world including the hit CW TV series RIVERDALE, the upcoming Netflix series based on the CHILLING ADVENTURES OF SABRINA comic series, and an in-development live-action Bollywood film in partnership with Graphic India.

“When the opportunity arose to partner with Mammoth, we knew we had to take it.” said Archie Comics CEO/Publisher, Jon Goldwater. “Archie and his friends are some of the most vibrant, of-the-moment characters in pop culture, as proven by the success of Riverdale and our own publishing ventures. I can’t wait to see how fans respond to these new, mobile adventures.”

Mammoth Media’s current apps Yarn and Wishbone have captured the hearts and minds of Millennials and Generation Z, with both consistently ranked in the Top 100 App charts in the United States. For more information, visit https://mammoth.la/.