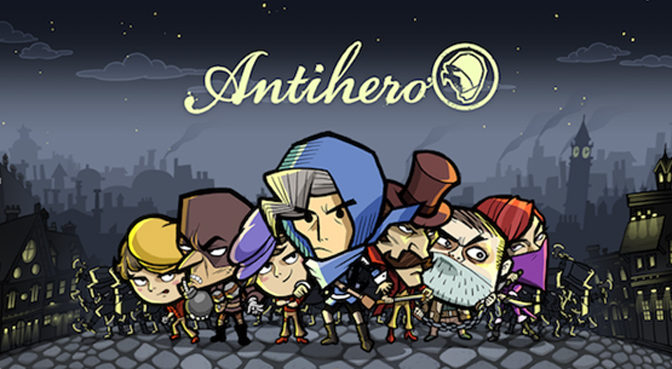 Versus Evil today announced that Antihero, the strategic digital board game by indie developer Tim Conkling, will launch on July 12th, 2017 for PC. Mobile devices are expected to release some time thereafter.

Customers who pre-order the game on STEAM can get 20% off the suggested retail price, PLUS the first DLC pack, “The Book Club” character pack, for FREE. This pack contains four Master Thief skins based on well-known literary characters: Miss Alice, Ebeneezer Scrooge, Sherlock Holmes, and Tiny Tim for free.

In Antihero gamers play the part of the feared and revered master thief in a Victorian gas-lit underworld. Using lanterns to upgrade their skills and gold coins to hire a variety of less than pleasant characters to do their dirty work, they have to take over each territory before their opponent does. The full release will include a single player campaign mode, vs AI mode plus two multiplayer modes, Casual Match and Live Match in which turns are timed. Gamers also have a choice to invite a friend or be auto-matched against an opponent.