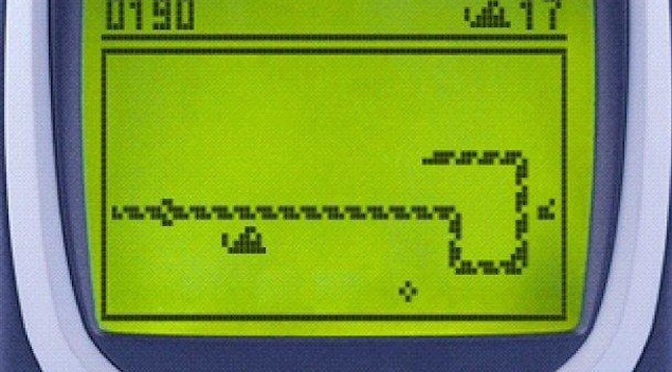 Mobile gaming has seen rapid growth in recent years with more people today playing games on their mobile devices than ever before. Todays gamer can enjoy newly released games, online casino games on sites such as http://www.mobilecasinocanada.ca as well as addictive games that have become classics.

Based on the legendary Russian building block game, Tetris originally was brought to Nintendo devices but later evolved into a mobile game. The game is rather addicting as one tries to beat their personal record. Seven different shapes, known as tetrominos, fall from the top of the screen. Players must stack them in order to create a complete horizontal row in order to delete the blocks.

This classic game first was included on Nokia phones in 1998. The game was rather simplistic which made the craze around the game that much more phenomenal. A growing line moves across the screen as players attempt to guide it without running into the many obstacles. Over the years, 8 different versions were released.

Since its release 4 years ago, this game has taken mobile gamers by storm. Classified as a match three puzzle game, players move through hundreds of different levels seeking new challenges.

Based on the Japanese game, Pachinko, this goal of Peggle is to get rid of every orange peg. The more pegs that are eliminated, the higher one’s score becomes. Bonus points can be earned from pulling off strategic moves. Currently, this game is for the iPhone only.

Casino games can be quite addicting for mobile users as they can often be played quickly. For this reason, the Tomb Raider Slot Machine has become a top choice for gamers. With five reels and 15 paylines, players can win some lucrative prizes or activate bonus play.

While this is only a look at five addictive games, there are many others out there. In fact, some of today’s new releases could find themselves on a list similar to this in the future!