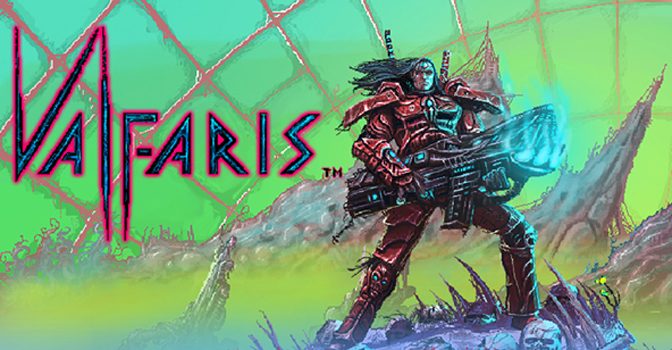 The wait is over. The time to rip the galaxy a new wormhole is now. Publisher Big Sugar and developer Steel Mantis are thrilled to announce that Valfaris, the gloriously over-the-top and riotously relentless heavy metal action-platformer, launches today for Nintendo Switch and PC (Steam, GOG, Humble).

Valfaris is priced $24.99 and will be available with a 10% launch discount for a limited time.

In addition to the regular version, a Valfaris: Digital Deluxe Edition is available to download for PC that includes the game, original soundtrack and digital art book.
• Digital Art Book: From concept sketches to final in-game imagery, this collection showcases the work of Valfaris developer Steel Mantis. Get a closer look at weapon, enemy, and environment art, as well as previously unseen – and unused! – designs.

The Valfaris: Digital Deluxe Edition is priced $35.97 and will be available with a 10% launch discount for a limited time.

And the good news doesn’t stop there. We can also announce that developer Steel Mantis is currently working on a New Game+ mode for Valfaris called ‘Full Metal Mode’, which will be released as a free update across all versions at a still-to-be-confirmed date.