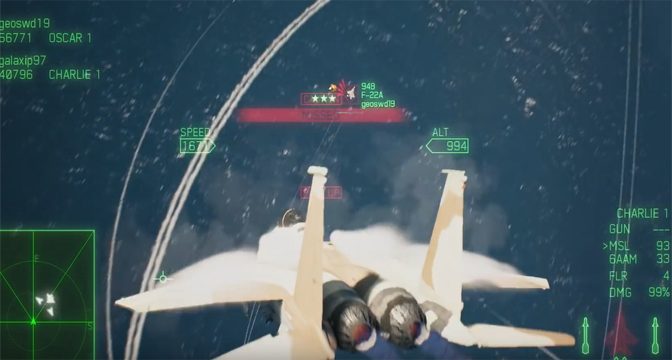 The art of aerial dogfighting is one of the most dynamic forms of combat, experienced in three dimensions, setting the stage for a highly unique and challenging battleground. Now, with ACE COMBAT 7: SKIES UNKNOWN’s multiplayer mode, players can enter dogfights with their friends and coordinate battle strategy to take out opposing players.