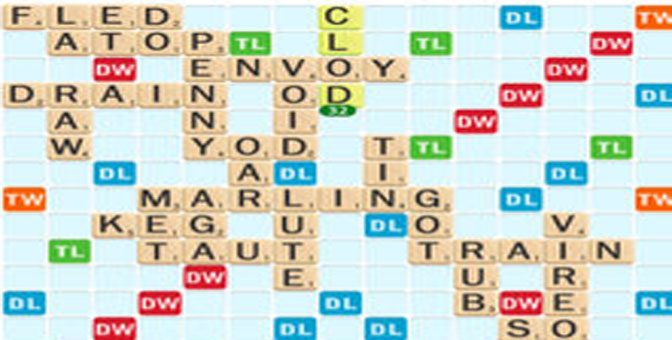 Games have always been a part of humanity. You really cannot separate not only humans but also any species on mother earth from games.

Moreover, before video games, sports bet, house parties and so on, people used to enjoy each other’s company by playing games that did boost the brain, vocabulary and other things. From the time of casinos up to the word games. However, if you are one of those people that missed that phase then sit tight and enjoy learning the about the game of Scrabble.

Juggle words with friends with the word game of scrabble. Do not be the only one to miss out because the rest of the world knows the game. Now let us educate you on how the game is played.

The game is played with players from two up to four. And it is all about scoring words or word list that will earn you scores. A standard Scrabble board will have about 15 cells both high and wide. And you will be provided with tiles that are a perfect fit on that board.

In the little bin bag will consist of 100 tiles. Which 98 have letters on them and will have point values and 2 are blank tiles. Just like in online betting or casino games there are wilds, those are the wilds in these games.

Meaning getting these will be an added advantage to you. Playing the blank will remain in the game as a letter it is substituted for. Players must note that different letters have different values just like in any card game.

On the scrabble board, players will see multipliers. And for those that love and have a great appreciation for casino games then they know multipliers are to go for. That means whatever letter value you have you should multiply it by the number on the grid.

One just has to make a word that makes sense and it is that simple. But after you make a word you have to wait for the next person’s turn so that you can also play and start off from where they finished.