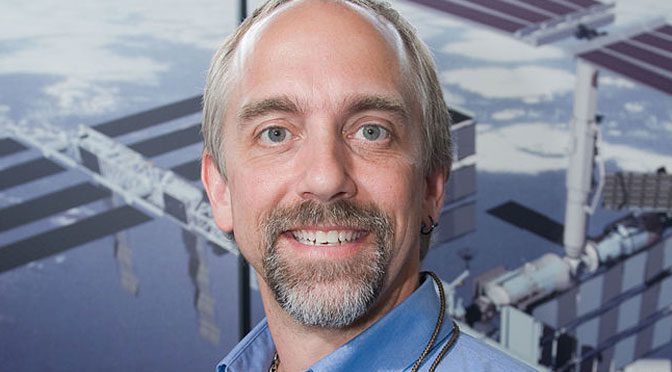 Anyone at all familiar with the history of MMOs has heard of Ultima Online and by extension, has heard of Lord British, even if only to have read about his epic assassination by Rainz. The character is even the subject of its own postulate, which has been borne out in game after game. The man behind Lord British is no less interesting. Richard Garriott de Cayeux has flown in space, seen the Titanic where it rests on the ocean floor, canoed down the Amazon, and has had a tremendously varied career in the video game industry over the course of the better part of four decades.

In 2013, he launched a successful Kickstarter for Shroud of the Avatar: Forsaken Virtues, which he believes to be the spiritual successor to the Ultima franchise, for which he could not secure the rights from Electronic Arts. The early access-pre-alpha version of the game is available on Steam for $39.99, and currently stands at mixed reviews.

Garriott is a compelling speaker, and his enthusiasm for the project is infectious. When he speaks of a game that can be played both solo and offline and then online featuring real-time interaction with an open world concept, that is a tempting vision of what games could be. The crafting mechanic he describes is fascinating because he emphasizes that players will craft the best gear, leaving a maker’s mark on the items. He even explains that loot dropped is recycled from items crafted by players, which would create very real stakes for crafting skills.

Garriott is justifiably proud that Shroud has never had downtime since its release, which is strongly tempting for players of World of Warcraft who experience downtime every Tuesday, and he happily explained to me that the game has such a strong fan-base that the fans themselves organized to provide the game’s soundtrack.

These vignettes suggest an incredible vision, and when confronted with Garriott, it is entirely easy to get caught up in his own magnetism and enthusiasm. Judging by the reviews available on Steam, Shroud is not quite where it should be, but if it lives up to Garriott’s vision, this could be a game that changes the genre, much as Ultima Online did. However, realizing that vision is an incredibly tall order, so only time will tell if Shroud manages to do so.