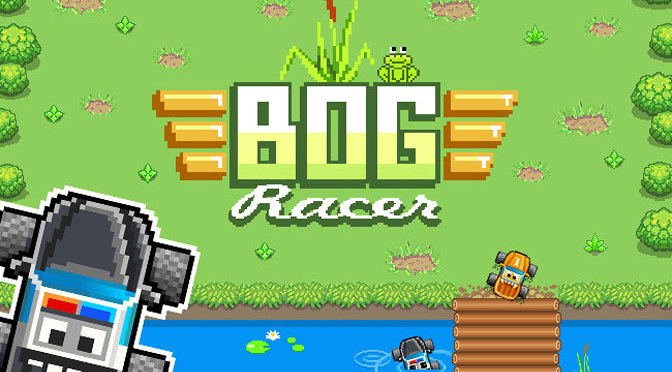 Back when we reviewed Bog Racer, we noticed that the game was a lot of fun to play, yet didn’t demand a ton of time from its players. It turns out that this was by design, and a new way of thinking about game development. The genius behind this was Open Name Ltd., an indie development house that has just started making games.

I got the chance to explore the nature of game development and marketing with Victoria Arnold, a developer/advertiser who works with Open Name Ltd.  Their new game, Cut the Buttons, has sold over 7,000,000 copies and holds a top number one bestseller game spot in 48 different countries, and the top-5 bestseller game in 82 different countries. Offering up a distinct perspective on gaming, Victoria has given Game Industry News a glimpse into the life of an independent mobile game developer.

GiN: How did you decide to create a game like Bog Racer? I really enjoyed playing it and thought the atmosphere of the game was pleasant, especially the music.

Victoria: Making the game was, in fact, simple enough. We are currently preparing to release a version of our new game Cut the Buttons for Android and iOS. Since we didn’t have too much work experience, we decided to develop and release a test game [Bog Racer]. We just wanted to explore how advertising, promotion, and publication can work in different app stores, how much time and money we would need to invest. But our goal was to also make a game that was fresh, something with very simple controls.

We chose the pixel graphics because the feel and fashion of it appealed to us. All in all, the development of Bog Racer took about six months, and although it was an experiment, a first step, we certainly hope that the soul of the game will be its success.

GiN: What project are you currently working on?

Victoria: Right now we’re finishing up Cut the Buttons, but the firm I work for is an advertising agency. We make video ads, posters, websites, logos, etc. So while we’re wrapping up with our new game, we’re going to continue working with our clients.

GiN: Anything involved with the creative arts requires a lot of personal drive and tenacity. Were there any games or people who influenced you to become a developer?

Victoria: In 2011, we first got exposure to the iPad and noticed that thousands of games were published, displayed, and made available in-store. So we thought “What do we have to lose? If anybody else can make a game, why don’t we?” and we’ve had no regrets about developing our games. You can often get the feeling that you live in this great big world, where it’s difficult to engage and identify any one person in the mobile development community to emulate because there are so many! There are thousands of game developers now. Any person or studio that can release its own successful project deserves respect. We are living in exciting times.

GiN: How do you see the game development industry changing in the future?

Victoria: A lot of older games required a quick response and persistence: pattern recognition; puzzle solving. Modern games have become a corporate service, sucking up both money and attention. Nowadays kids, the players, play a handful of games obsessively, but I often wonder if it’s not the other way around: the game playing the kid. Large modern games seem to hold the focus of children in a death grip, and steal their attention until another even more addicting game comes along.

We would like for people to play short, simple games that are inexpensive and not time-consuming: better for a quick play, set a new record, then go outside.

Maybe it is possible that eventually the development of augmented reality technology will be used to help get people out of their stuffy houses, but who knows – only time will tell.