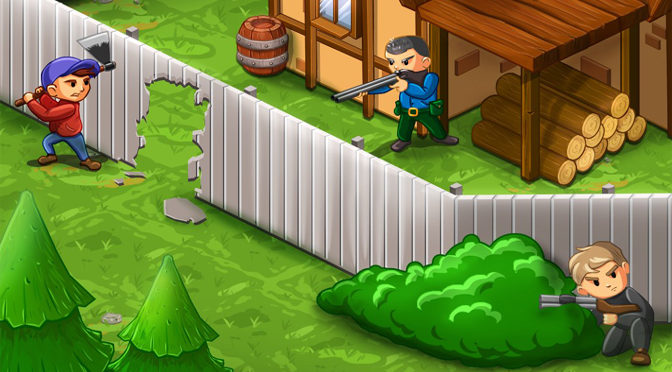 Cedar Games is a five-person studio based in Cologne that is pushing some really lofty ideas, like building an apocalyptic RPG that is customizable enough to be loved by casual gamers, hardcore role-players, PvP warriors and sim-loving crafters – all at the same time. Some of their ideas seem pretty ambitious, but the team is confident that Z-Alert will be a smashing success when it arrives sometime in 2019.

We spoke with John Nash, chief designer and creator at Cedar Games, about how it’s all going to come together, and to see if he might leave a key under the mat for us at his soon-to-be constructed mega shelter once the dead start walking Z-Alert’s version of a future Earth.

Cedar Games is an indie studio working on their first game, Z-Alert. How big is your studio and what brought you all together? 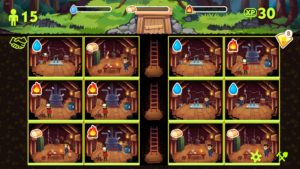 Cedar Games is a five-person studio based in Cologne, but all known each other as friends and colleagues for a long time prior to moving into game development. We all have experience working within the IT industry in some capacity and as such have experience developing projects for a variety of commercial companies. We’re all passionate lifelong gamers and have always shared a common desire to create our own work on our game, which is how Z-Alert was born.

Of course, game development presents a whole different set of challenges than we’re used to, but we’re thoroughly enjoying the change and the complexity of it all only fuels our desire to create the game.

Can you tell us a little bit about the plot and premise behind Z-Alert?

While we are designing Z-Alert to be a fun and accessible survival experience in a colorfully illustrated world, we are also committed to telling a story that carries some emotional weight and hopefully relays a positive message to our players. As a studio, we are all aware of the fragility of our environment and believe it is time for humanity to really think about how it is having a negative impact on it. We should believe we should live in harmony with nature, and not try and bend it to our will; the plot of Z-Alert will echo this idea.

Z-Alert is set in a world of new scientific discoveries, which appear to have changed the world for the better. A vaccine against cancer has been synthesized, and has been largely adopted by the world, making its creator very wealthy. Our players will assume the role of an ordinary man, living in a comfortable, convenient life in the city with his wife and daughter. Suddenly the luxuries and securities of modern life are snatched from him when the cancer vaccination mutates turning people in zombies. The military declares martial law and immediately begin evacuating people from the city. In the chaos, our protagonist is separated from his family, but manages to flee into a nearby forest surrounding the city. This is where our game begins. Players must build a shelter and survive in the wilderness before embarking on a quest to become reunited with their family.

Survival games are extremely popular right now, including games like The Long Dark which strives to be very realistic and others like 7 Days to Die and DayZ which take a more fantasy-like approach. Where does Z-Alert fall in that spectrum?

Firstly, I’d like to say that both The Long Dark and DayZ are games which the team has played for several years. We think they are both wonderful, and have followed their development. If I had to compare Z-Alert to those titles, I’d say that our game is closer to DayZ, though we’re still quite different in terms of systems and visuals. 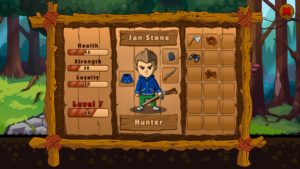 Z-Alert is our first title, not only as a studio, but as game designers and developers full stop, so we’ve been careful not to bite off more we can chew. We’ve chosen to render a realistic 3D environment for the game, instead opting for an illustrated world along with simpler, more accessible mechanics and a focus on customization. We want our players to be able to tailor their Z-Alert experience; allowing them to set the complexity of the systems in the game.

Of course, players will still need to think about food and water levels, the warmth of the shelter, its protection and equipment, and so on. Furthermore, a player will not only have to focus on their own survival, but the survival of their companions.

Would it be fair to say that Z-Alert tries to move survival games into a more casual genre? Can anyone pick up the game and enjoy it?

Yes, I think that you could say we are leaning slightly into the casual genre, but as I mentioned earlier we are looking to offer a bespoke level of complexity for each players needs – and to that end were describing the game as a custom survival-sim role playing game. 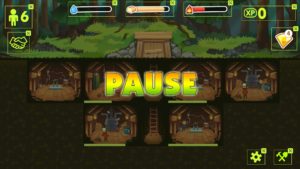 Custom: We’re aware it’s not technically a genre, but it highlights our commitment to player-tailored complexity, from the mechanics of the game right through to the arrangement of interface.

Sim: At the heart of Z-Alert lies a strategic shelter simulator. As the player progresses through the game they will meet companions and as a result their shelter will expand. With growth comes an increased responsibility for the player, as they must manage the wellbeing of the residents alongside their own.

RPG: Above all else, we think that of our games as primarily an RPG. Z-Alert features player skill systems, progression mechanics, character interactions and an engaging storyline.

But can anyone pick-up and enjoy the game? Yes, absolutely! We’re aiming to make Z-Alert as accessible as we can.

Will the game be free to play (with we are assuming microtransactions) or one where gamers buy it outright? Some combination of both? 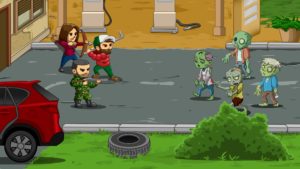 Z-Alert won’t have any microtransations, loot boxes – or whatever else you want to call them. We’re a team of old school traditionalists and want to do launch a game like they used to in the “good old days.” You buy the game and then you can play it.

The customization aspect of the game looks pretty unique. How much of a variance is configurable? Can an RPG-lover and an action gamer both set up a game for their personal tastes? What about someone who just wants to craft and build?

We really believe that the current gaming market is somewhat lacking in the customization department, and that the need to appeal to a wider-market has left avenues like this unexplored. Systems and difficulty shouldn’t stand in the way of player fun; with that in mind we are looking to put the power in the player’s hands. For instance, if someone doesn’t want to engage with traditional RPG systems and skill trees, they simply don’t have to. They can dial things right back, only displaying their characters health and strength stats. This is echoed in our implementation of simple point and click interactions and a customizable battle system. 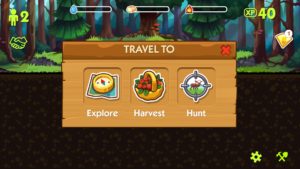 There will be several preconfigured options for complexity with the game, in addition to a completely “custom” version that will allow players to tweak almost any setting. We haven’t yet counted the full number of options yet, but there are a lot of them!

For the story mode, is there a series of missions, like gathering enough food and things like that, or quests where you must go out and achieve something or interact with other characters?

It is important that I clarify that our story is not a “mode” and that it cannot be turned on or off. However, the player may choose to follow the story when they want to, in their own time. We won’t pressure them to do so. Some players may not want to engage with the narrative at all, instead focus on building and maintaining a community – and that’s fine too. 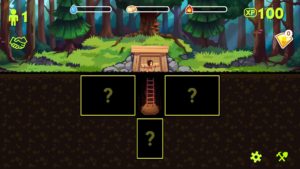 We don’t want to give too much away in terms of story beats just yet, but I will say we consider quests such as ‘Collect X Amount of Food’ too simplistic for main plot quests. Broadly speaking, we are looking to drive the narrative forward through meaningful interactions with NPCs in which dialogue choices and the charisma stat have an impact on the outcome.

Our players will need to make the decision to leave the shelter and explore the wider world if they are to gain important information on the whereabouts of their family, as well as vital resources and new weapons. But once they have left, they might not be able to return.

Is there combat in the game? How is the combat handled in terms of using skills, real-time or turn-based, etc.?

We consider the combat in Z-Alert to be one of the coolest features, and it again plays to the accessibility of the project. There will be three combat options in the game: 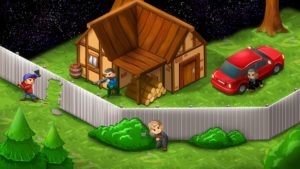 Automatic: An entirely automated combat mode. Players will sit back and watch a battle play out very quickly in front of them. This is the easiest and most hands-off mode.

2D Turn-Based: In this mode players can determine the order and type of action they wish each member of their team to carry out. This is the mode for players who want to dip their toe into our combat system.

Isometric: A fully functioning tactical combat mode. Players can issue a full range of combat directions to their team in a 2.5D environment, similar to classic strategy games such as UFO: Enemy Unknown.

Each mode can be selected on a battle-by-battle basis, allowing players to automate battles that they know they are easily going to win, or giving them the opportunity to get their hands dirty when necessary. Oh, and of course, we will offer a permadeath option for the truly hardcore.

How many hours of gameplay do you anticipate the single player campaign will have?

We estimate at least 50 hours of story content, though players will be able to continue their survival after completing the main story.

How does multiplayer work? Is there co-op? How about PvP? 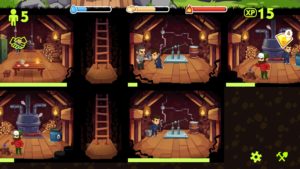 Multiplayer is optional in Z-Alert, but every player can turn it on and then will be able to interact and find other players shelters. PvP and co-op are both valid paths in the game and both coexist in the same time; it is up to every player to decide how they want to behave – attack and steal, or talk, trade and share resources – alliances can be made or broken online.

Of course, we’ll be analyzing and keeping tabs on all online data, and there will player ratings and achievements in place to further fortify online play.

Are any achievements or resources able to cross game modes? Can that cool rifle you earned in single player make it over into the online space?

Yes, absolutely – a player’s inventory will hold the same things online and off. The same goes for characters too – these will be the same in-world residents, though online, other players will be able attack them now.

At launch, what platforms will we be able to play Z-Alert on? And when do you think we will be able to start playing?

We are developing Z-Alert for Windows and Mac, and aiming to release sometime in 2019. Though we realize that release dates are tricky thing to pin down during the early development stages, so please don’t hold us to it!

What do you think are the most compelling reasons that people will want to play, and become fans of, Z-Alert? 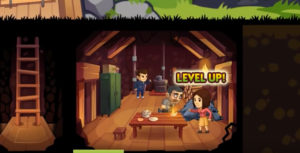 Z-Alert is a highly accessible old-school RPG with turn-based combat and survival sim elements. The world is vibrant and beautifully illustrated and features an engaging and emotional storyline. Players can choose to take the fight for survival online if they choose to – and there are no loot boxes!