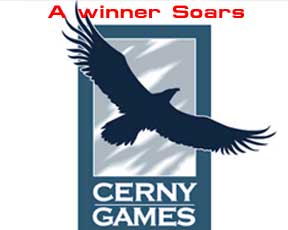 Mark Cerny is a household name, at least in houses that design computer games for a living.

Cerny is a veteran of the games industry, having started all the way back in the days of Marble Madness. Today, Cerny works as a consultant and his strategy for game development, called the Cerny Method, is used by firms to shorten the time needed to work on a title.

Cerny was given the prestigious lifetime achievement award at this year’s game development conference for helping to advance the industry. We nailed Cerny down for a few moments to ask him about his life in the game industry, his recent award, and how exactly the Cerney method actually works.

GiN: One of the first games you worked on was the classic Marble Madness. Do you remember who came up with the idea for that game and how your team worked on that title, came up with ideas for levels and so forth?

Cerny: The staff was very large for those days; three full time people, for nine months! I was the designer; the other two staff were a programmer and an artist. I wrote an offline tool that would create a picture of a height map; typically, I would then lay out a level, and use this tool to create a black and white version of the level.

The artist would add color and some nice graphical touches, then create and animate the various enemies in the level. The programmer then brought all the pieces together, added the physics, and turned it into a real, playable game.

GiN: You worked for a number of years in Japan with Sega. With the “Lost in Translation” movie being so popular, people are curious about the cultural differences, especially in the game industry where so much comes from Japan. What was it like working in Japan?

Cerny: Well, the cultural differences were extreme, to say the least. Our desks were lined up in a perfect grid, facing the desk of the manager, who would give a speech each morning that outlined the team orders for the day. It was a very stratified structure, too; we had five different ranks of management in one room!

Despite which, it was pretty disorganized and chaotic, usually because of the extremely tight schedules we were working under. Typically, a game was created by three people in three months.

GiN: Did you have any problems or funny stories working on games in Japan?

Cerny: I once had a project where my designer was Japanese and spoke no English; I was the programmer, and at that point spoke essentially no Japanese. We communicated by pointing to words in our dictionaries!

GiN: Moving forward a bit and back to the States, obviously when you were at Universal, two major hits were Crash Bandicoot and Spyro the Dragon. Did you have any input on those titles?

Cerny: I worked quite closely with Naughty Dog and Insomniac Games, the developers of the titles. My title was usually Executive Producer or Producer, but really I did whatever seemed would help the titles along at that particular time; design a level, or optimize a graphics engine, for example.

GiN: There has been a lot of talk about the Cerny method, even more so now that you have been given the lifetime achievement award at the GDC, but there is also a lot of confusion about it. Can you explain how this method works exactly in terms of game development?

Cerny: The method is really the sum total of two decades of learning about how to create games, and how not to create games. Some comes from doubts I had a decade ago, when I felt we were too far from our audience — are they able to get through the game? Are they enjoying the game?

GiN: Part of the method is that you say you can evaluate a game based on the very first level. So what do you do if you don’t like that level?

At any rate, you make a level or two, and evaluate them — meaning you play them, your publisher plays them, and you run them past real consumers. And if those real consumers are not highly excited by them, you should strongly consider canceling the project, because of course games are a hits-driven business and 90 percent of the games lose money.

So better to cancel early, and start work on a new concept.

GiN: What was it like to know that your achievements were honored at the Game Developers Conference with a lifetime achievement award?

Cerny: It is an incredible honor to join Will Wright, Yuji Naka, and Gumpei Yokoi as recipients of the award. As a collaborator, I’ve always known there was only one award I could win; it is wonderful to receive it.

GiN: How have your experiences to date helped you become a better consultant for the game industry through your company, Cerny Games?

Cerny: I’d say my experiences to date have enabled me to become a consultant, as it is certainly not the most common way of working in the games business! But thanks to the various project successes over the years, I can work in a freer fashion on more than one game. One great benefit of working on multiple titles is that I learn much more quickly; when faced with a certain problem, I may have seen another game run into it and know how best to approach it.

GiN: Anything exciting we can expect from you in the future?