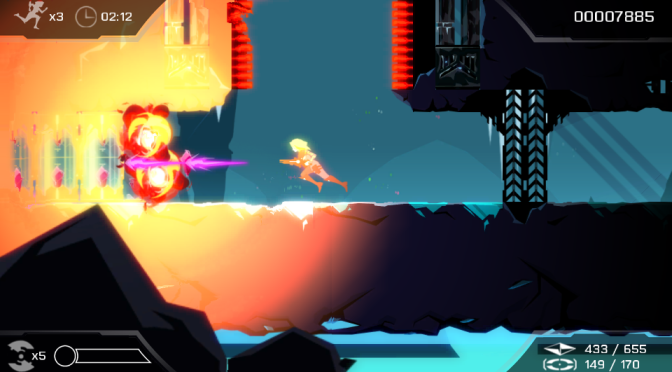 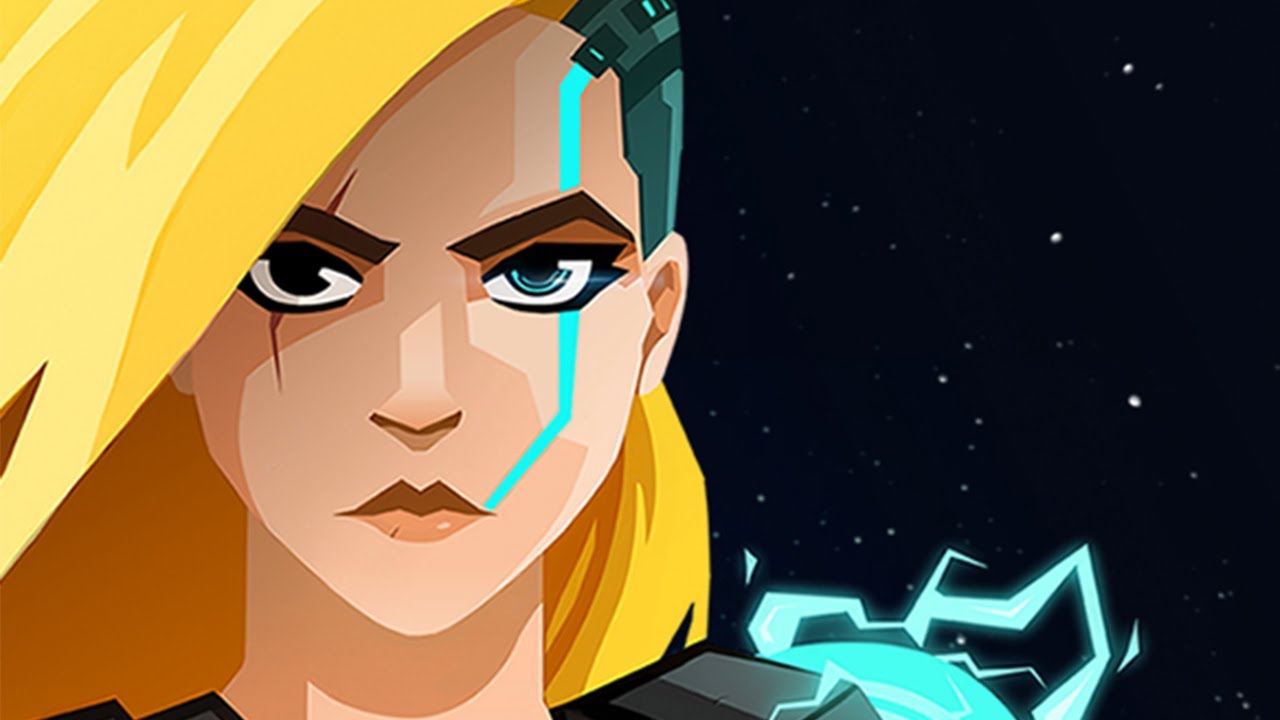 This week for Video Game Tuesday I’m going to be covering Velocity 2X a decent enough game that was just released for the PlayStation 4 and Vita.

Plot Synopsis: It’s the sequel to Velocity Ultra, but having never played that game I have no idea what is going on with the story.

Plot: Like I said above it’s the sequel to Velocity Ultra, and this game does a terrible job of recapping what the heck is going on in this game.

Gameplay: The gameplay is great, it mixes a Bullet Hell with Metroidvania to solve puzzles and defeat enemies, while trying to complete the levels as fast as you can while collecting every pod of stranded survivors of something, and purple crystals to power up your ship. The gameplay leaves you bored after about 30 minutes, since all the levels are essentially the same thing over and over again. Maybe it gets more interesting as you go along, but it doesn’t spice things up quickly enough for me to continue playing this game over any other game.

Music: The music is okay, but nothing spectacular.

Art: The art is probably the best part of this entire game, and while it’s good it still isn’t amazing.

Overall: If you like Bullet Hell games and Metroidvania, give this a shot. It’s free for Playstation Plus members.

For those who like: Bullet Hell games, Metroidvania style games.

Not for those who don’t like: Either of the above, or monotonous gameplay that gets stale after about half an hour.