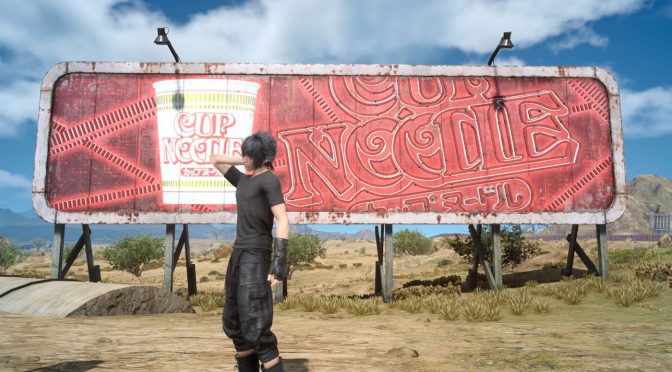 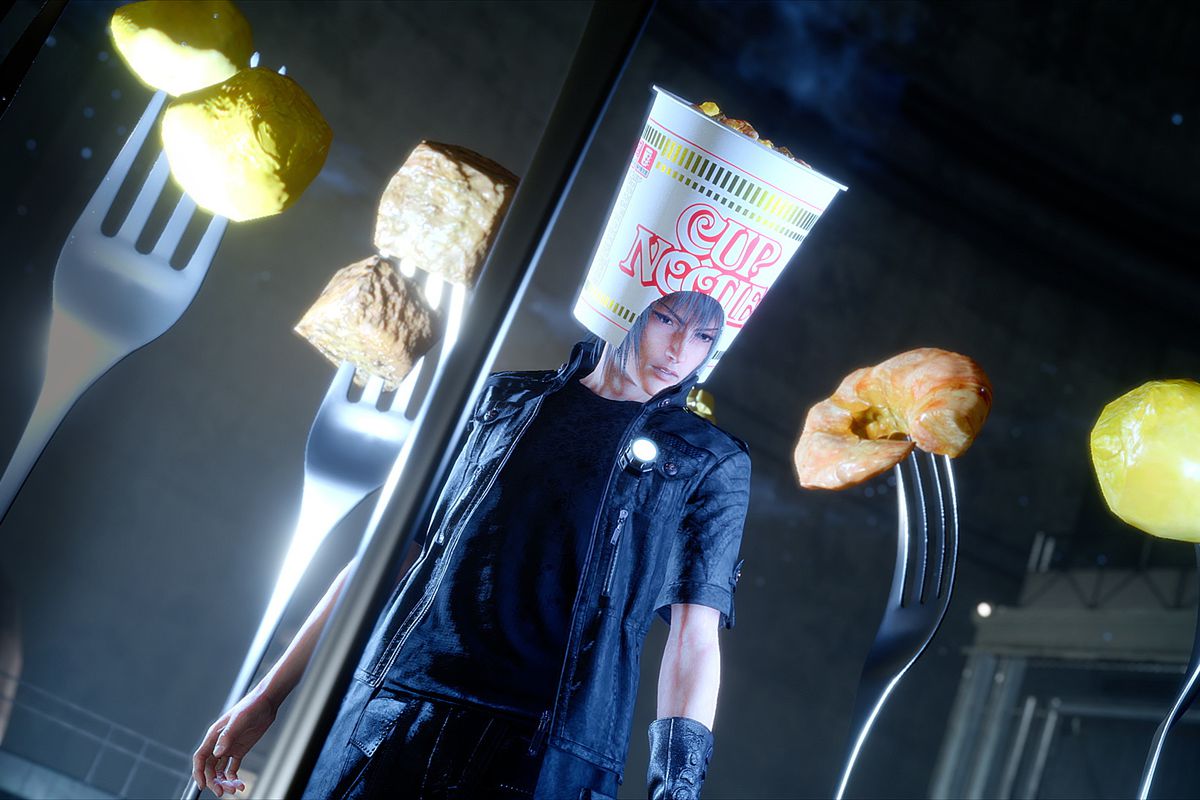 This week for Video Game Tuesday I’m covering a topic that often annoys me. It’s Product Placement in Games!

Product Placement?: So real world brands, like Coca Cola or Subway. Sometimes in games you’ll find parodies of real world businesses, like Up and Atom for In and Out Burgers in Grand Theft Auto V. But other times you’ll find actual brands in the games you play. Sometimes this is amusing, like in Final Fantasy XV where not only was there a helmet for Noctis to wear proudly proclaiming Cup Noodles odd placement in the game, but there was an entire side Quest where you hunted an incredibly difficult monster in order to find a good topping for it. It was beyond bizarre, but it didn’t feel immersion breaking. Almost, but not quite. Considering that American Express, and Coleman were also prominently featured in the game that is quite a feat. Other games that have done it well are games like Skate, which features tons of different brands.

But not always?: Right, sometimes it’s just plain annoying. Like the Subway products in Uncharted 3. That was just immersion breaking, and just out of place.

The odd: Some of them are just plain weird though, like EverQuest II having an in game spot where you could order a pizza and get it delivered from Pizza Hut.

That’s it for this week’s Video Game Tuesday. Are there any games which feature Product Placement that you feel I should’ve mentioned? Leave your answers in the comments below!