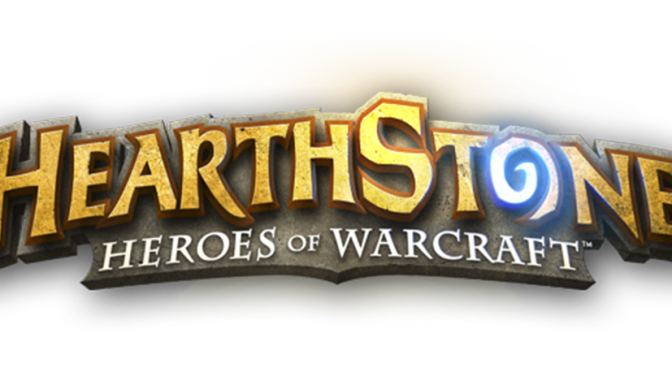 This Video Game Tuesday I’m covering Hearthstone, the addictive game from Blizzard. I’m going to talk about the iPad functionality and only dabble in the gameplay briefly.

Plot Synopsis: There really isn’t a plot to this game, as it’s a digital CCG, or Collectible Card Game.

Plot: I swear we’ve had this conversation about looking for plot where there is none before….

Gameplay: Hearthstone does what it does very well, and while there are always going to be annoying as hell decks to compete against, damn you control decks, the game will keep evolving and there are always counters. The difference between a normal game and a game like Hearthstone is that you might not have the cards to perform counters in Hearthstone, where as in a game like Halo 4 a player camping with a sniper can be brought down by a patient person with Active Camouflage easily.

Functionality: I really like playing Hearthstone on my iPad as it’s functionality is as good if not better than it is on my desktop Computer, well right now my computer is dead and I’m writing this on my brother’s computer. You can perform emotes as easily as you can on a desktop. The only thing you really have to get used to is making sure you don’t hit yourself with a Pyroblast and kill yourself instead of your opponent by accident by removing your finger too early from the targeting reticle; Yes I actually did that on my first game on the iPad and was furious at myself.

Music: Like all my portable games I don’t listen to the music of the game itself, and listen either to my own music or I listen to an Audiobook. Don’t ask me why I can listen to a book and play Hearthstone, I really don’t know.

Art: The art is as good as your iPad is, so if you have a Retina display iPad it looks great; if you are using an iPad 2 which is the oldest one you can use I think, it looks okay.

Overall: If you enjoy playing Hearthstone and have an iPad capable of playing the game you should try playing it on the iPad.

For those who like: CCGs, Warcraft, iPad games, Blizzard Games.

Not for those who don’t like: Any of the above, or playing against others who may have bought card packs. I bought 2 card packs in the beta, and none since, and I win ~70% of the time.