Strike: I took part in another Strike, the same one I did the previous day on Mars, and was able to not die at all during that Strike although the rest of my team did. I’ve gotten used to using my Super correctly as a Bladedancer Hunter and I really enjoy it over Gunslinger, although I still wish Throwing Knife was a part of the Bladedancer sub-class instead of Blink Strike. I did hit level 23, although I seem to be a bit stuck at that level currently. Maybe I should try doing more level 22 Strikes now. 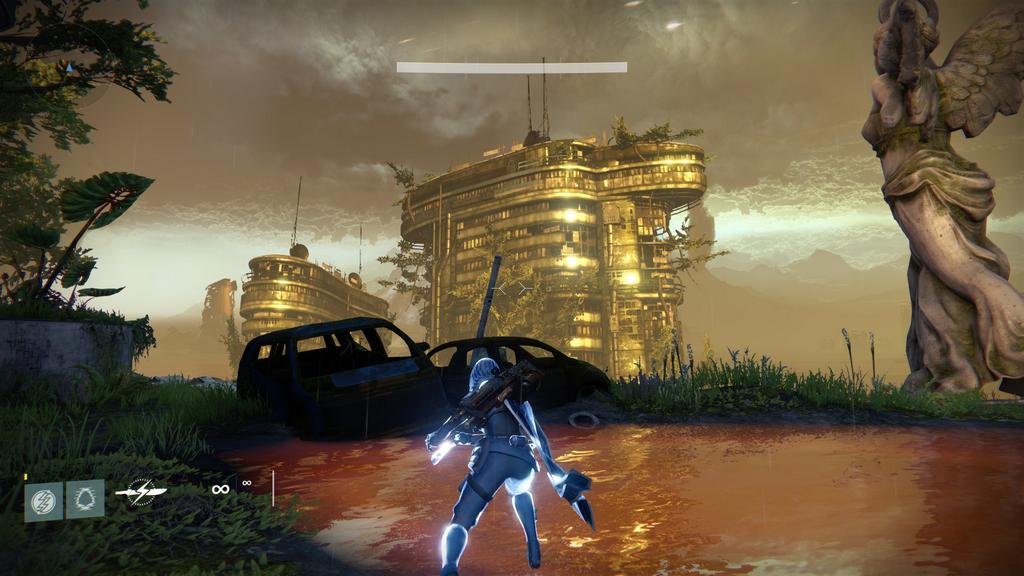 Patrol: I went out on Patrol on the Moon to complete my daily bounties, which didn’t take too long, and was even surprised to find a Pike (a Fallen vehicle) out and about that I could ride. It made completing the Patrol missions super easy, although it did hamper my ability to use my Fusion Rifle for the Bounty. That has to be the most annoying Bounty to complete, as I suck at lining up enemies for it to kill two at once. I ended up having to go to Old Russia to complete that Bounty. While I was in Old Russia I found a Public Event near the plane graveyard, and it was one of the ones that I hadn’t seen before. It requires you to kill a heavily armored target (usually a Fallen Captain or equivalent enemy) before it reaches a certain area, and even though the Target was 20 levels below me I still couldn’t kill it on my own. That was very frustrating, as I ended up wasting my Super on it and all of my Heavy Machine Gun ammo on it and still didn’t kill it.  As a side note after writing this they hotfixed the Public Events to occur more often, although they could nerf the armor on these Target ones, it’s harder to kill than the Devil Walker you can go and kill in Patrol mode by yourself. 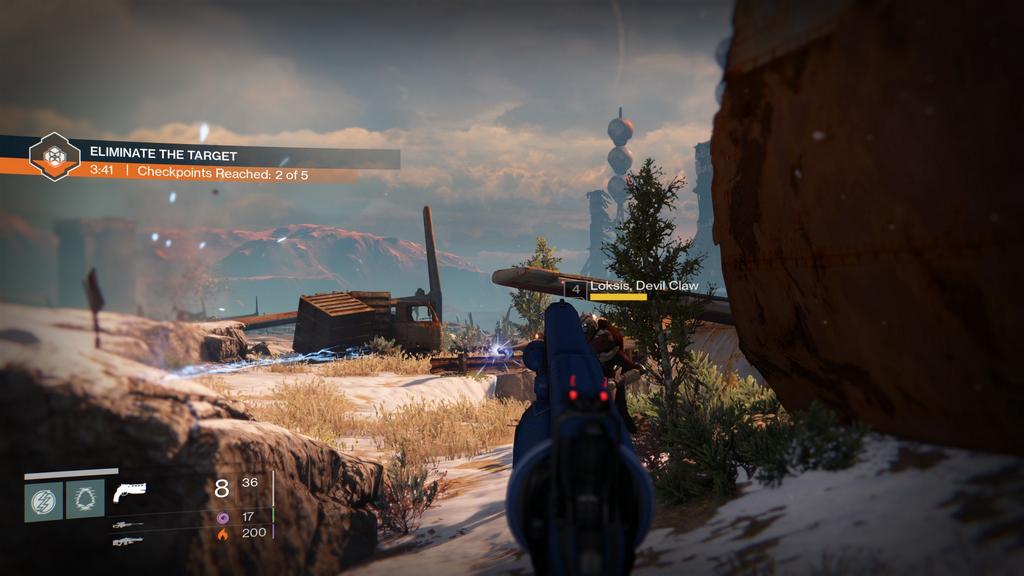 Overall: I’ve been very happy with my first week of Destiny and while this have taken over two months to complete for you, I ended up writing this within the first week of Release. Who knows what Level I’ll be by the time you see this?  Hopefully I’ll have gotten a couple of Exotic pieces of gear by than. Update: Yes, yes I have, I’ll talk about them next week on the final part of this series of posts.