This week for Video Game Tuesday, I continue in my journey to gear up my Hunter in Destiny for more end game content in the Destiny Daily Log Day 6.

Goal for the week: Gear up my Hunter and get a better hand cannon to use.

Dust Palace: The Dust Palace strike is a PlayStation exclusive strike mission for a year, and it’s pretty good. It’s not as frustratingly hard as the Summoning Pits Strike on the Moon, but is still difficult enough to prove tough for those who are just goofing around. I actually really enjoy this Strike as it’s pretty quick, and while the last “Boss” Fight is difficult it’s pretty easy to handle once you learn to watch both sides of the area you fight in for adds. The bosses themselves tend to stay away from you and take potshots at you and your fireteam, which leaves you plenty of room to take care of the adds that can decimate you if you don’t clear them out quickly. I finally beat it today and got myself a nice rare quality hand cannon. It might have helped that my fireteam and myself were slightly over the suggested level of 20 for the Strike Wolf playlist. 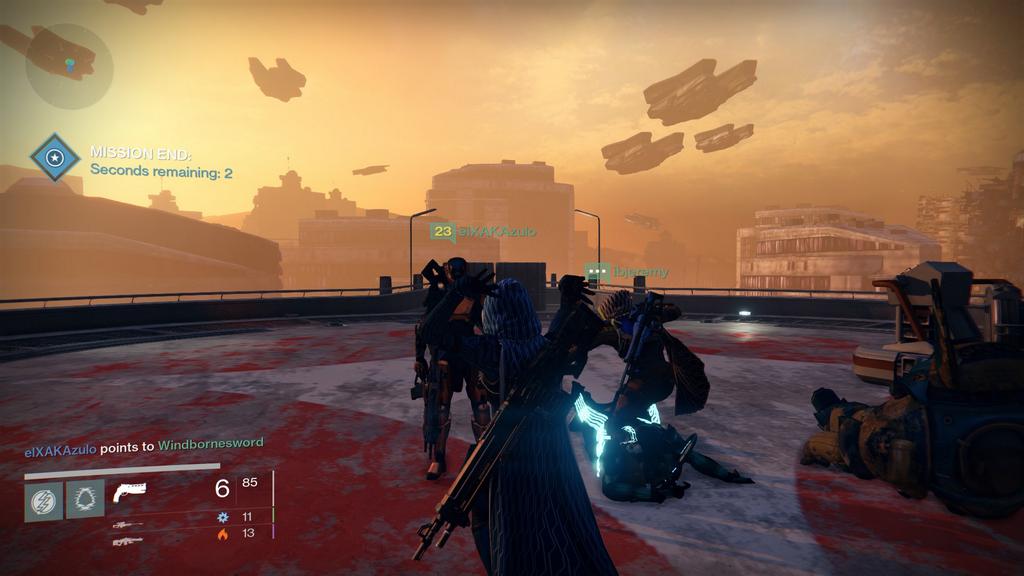 Patrol: I continued in my exploration of Old Russia and went to all those places that were blocked by high level enemies in the Beta and Alpha. Turns out they still are blocked, though you can find a couple of shortcuts to other areas of the map through some of them and some random chests and a couple dead ghosts in the others.  One place in particular is very useful if you need to complete the kill 10 Hive Major or Ultra bounty, 3 Major enemies spawn in a tunnel just to the left of where you spawn when you first enter Old Russia during Exploration mode. You’ll see a small building with some stairs, go down them and enter a hallway until your ghost turns on your flashlight and than look for the enemies that should appear on your radar. You’ll find two Acolytes and a Knight that are level 18 and they all are majors.

Overall: I’ve been building up my Grimoire score and finding out more about the lore of Destiny, and while there are crazy rumors going around about what the plot is actually about, it’s all very interesting. I really love how you have to search for the plot instead of having it handed to you through cutscenes or whatnot.