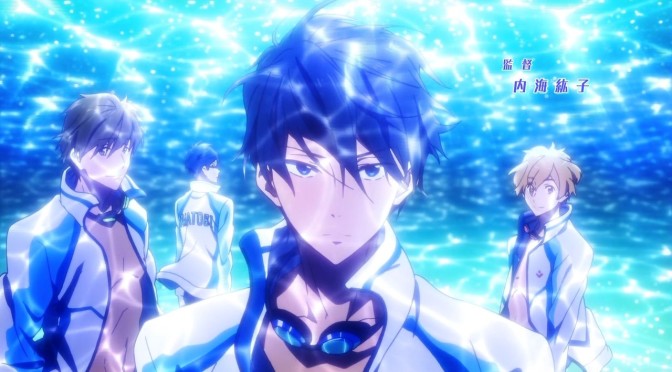 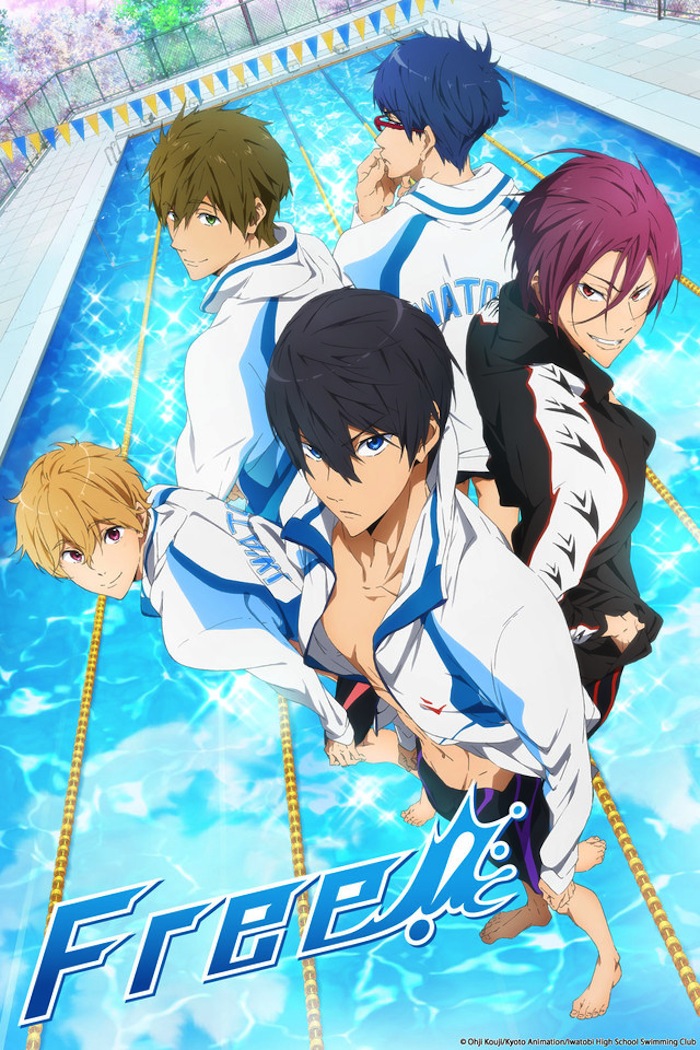 This week for Shoujo Saturday I’m covering a rather unusual series, it’s art style is distinctly Shonen, but the show is clearly aimed at a female audience.  I’m talking of course about Free! Iwatobi Swim Club.

Plot Synopsis: Free! starts with four boys—Haruka, Makoto, Nagisa and Rin—before they graduate from elementary school. They all participated in a swimming tournament and won, though they parted ways. Years later, Haruka and Makoto reunite with Nagisa when Nagisa enrolls into high school a year after Haruka and Makoto.

Plot: I’ll be honest I couldn’t make it through the first season of this series, It’s a fairly interesting plot Haruka is a stoic who just wants to swim whenever he wants. Rin on the other hand clearly has an inferiority complex towards Haruka and goes off to train in Australia during the time skip. It’s interesting enough if Rin didn’t come off as a complete ass most of the time.

Characters: Every character has names that are commonly used for the opposite gender, for example Rin’s younger sister has a name that is usually given to boys, and the four main characters all have very girly names. It wasn’t enough for me to keep watching this series though, as it just was too boring for me.

Art: The art for this series is one of the best I’ve ever seen, and it’s definitely one of  Kyoto Animation’s finer works. The detail in the water is fantastic, oh and by the way no pool I’ve ever seen that wasn’t at a 5 star hotel had water as clear as the water in this series.  The characters are all wonderfully detailed as well and that’s the real draw of this show, the incredibly hot guys in swimming trunks. Thank god Speedos aren’t used that much anymore.

Music: The music is pretty good, nothing amazing, but nothing terrible either. I enjoyed the Opening theme by Oldcodex.

Overall: If you want to stare at really detailed males swimming in equally detailed water, this show is a must watch. Otherwise you can move on with your life.