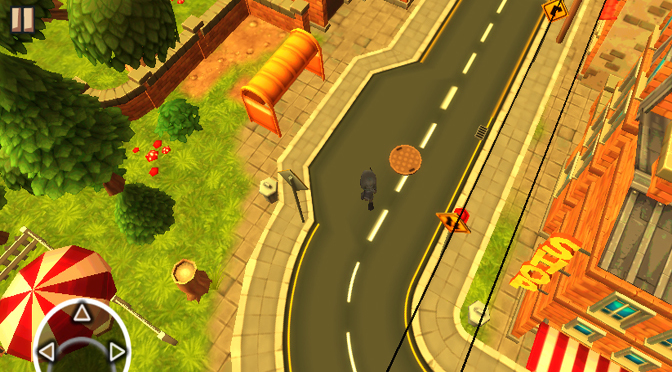 This week I fell back to my phone for my time wasting needs and I discovered a mobile version of an immensely entertaining PC game: Prop Hunt. Well, it’s more of a mod than an actual game.

Prop Hunt Mobile is exactly what it sounds like; a mobile version of Prop Hunt for the PC. For those who don’t know, Prop Hunt is a game in Gmod that has players split into two teams to try and outsmart each other.

The first team plays as props. They are given 20 seconds to hide from the other team. These players can turn into almost any of the props that can be found laying throughout the level. The second team is made up of hunters that have to try and find and kill the props. However, each shot fired that doesn’t hit a prop will reduce the hunter’s health.

Rounds in Prop Hunt Mobile last for four minutes. If all the props are killed within this time, the hunters win. If even one prop survives the full four minutes, the props win. It’s a simple enough concept that makes for really interesting gameplay.

Prop Hunt Mobile allows players two different view options. The normal view is a top down view that gives players a nice view of the area and makes it easier for hunters and props keep an eye on each other. The second view is first person. This is more like the PC version of Prop Hunt. However, the touch controls don’t translate well and it’s more clunky to use.

Prop Hunt Mobile has a really solid matchmaking system for a mobile game. Players can connect easily and jump in on games with little wait. The ability to play with other people in real time is also a huge plus for smartphone gaming.

One issue with Prop Hunt Mobile is the amount of battery life it drains. Yeah, I know. Every mobile game is a drain on battery life, but this one is really bad. Based on my experiences, the game drains about 1% of battery life for every minute played. I’m sure this will vary from phone to phone, but it’s still a huge drain. It makes it a pain to play the game on the go as a charger needs to be kept around at all times.

The graphics in Prop Hunt Mobile aren’t what are used in the PC version. This isn’t a bad or good thing, it was just something I needed to make clear (Just in case the pictures didn’t do that for me). Instead, the game uses a more colorful palette and stick figures. It works well for a mobile title and I found I didn’t need to turn my brightness up to easily see what was going on in the game.

The audio in Prop Hunt Mobile is a little lacking. Gunshots sound more like sheet metal being hit with a hammer and can be annoying to hear all the time. Part of this is because it’s the only sound in the game really. I understand not having music because it would distract from the game, but the one major sound effect in the game could have had more effort put into it.

Overall, Prop Hunt Mobile is a great way to waste some time. Unfortunately, the heavy drain on the battery means players won’t have much time with it between charges. However, it really does have some great gameplay and its a good mobile version of the PC game. It has a few quirks here and there, but it should make it’s way to your phone.