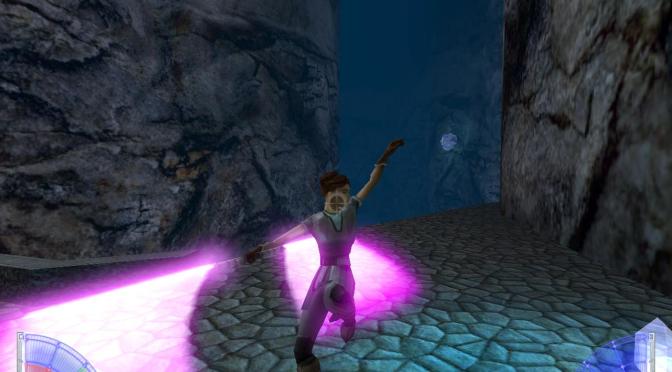 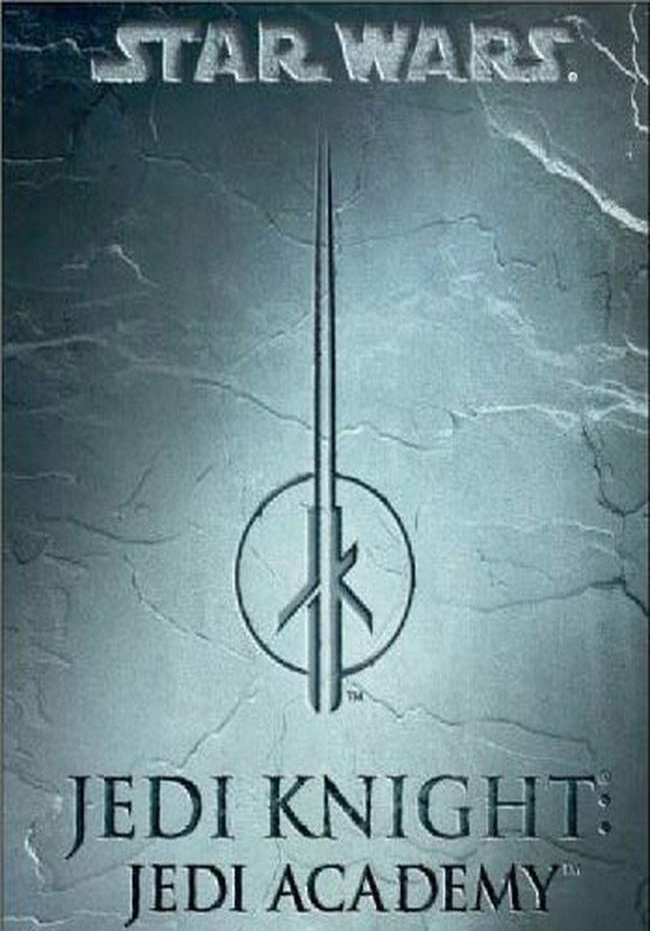 Plot Synopsis: The player takes the role of Jaden Korr (voiced by Philip Tanzini if male, and by Jennifer Hale if female). Jaden is a new student arriving at the Jedi Academy on Yavin IV, along with fellow student Rosh Penin (Jason Marsden). On their way to the Academy, the students’ shuttle is shot down by an unknown enemy.

Plot: It’s a Star Wars game, so take that with a grain of salt, the plot isn’t amazing like one of the Thrawn series sadly, but it isn’t bad either.

Gameplay: The gameplay is nearly identical to that of Jedi Knight II, although you later get an option of using a Lightsaber staff (Darth Maul style) or dual wielding Lightsabers.  Other than that it plays nearly exactly the same, not that it’s a bad thing, I loved playing Jedi Knight II.  The option to use a Lightsaber staff or dual wielding added a bit of variety to the light saber combat, in rare occasions if you were hit just right by a lightsaber wielding foe while using the staff you’d have it split in two and lose the staff for the rest of the game.  At least that’s what happened to me once and I was so mad I had to restart the game over. The big inclusion this time was the ability to play multiplayer online and it was pretty awesome on the PC version from what I hear.

Art: The art is terrible by today’s standards, but it was pretty decent when it was released.

Overall: If you get the chance to play it via a Steam Sale for really cheap I’d buy it. Otherwise you can move on with your life.

For those who like: Star Wars, Decent Multiplayer, Mowing down Stormtroopers with a lightsaber or two.