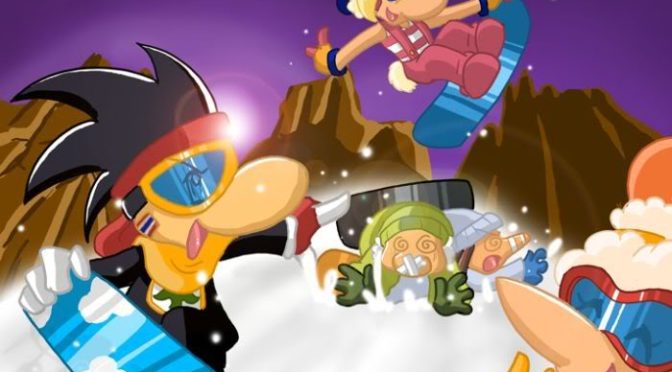 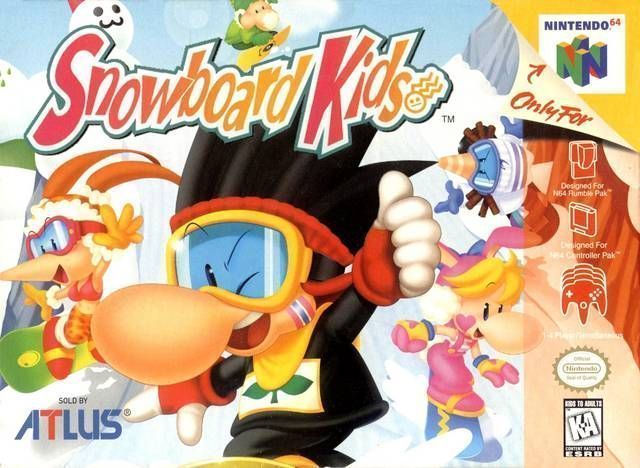 Hi all for this week’s Retro Game Friday I’m back with a really obscure game that I loved as a kid! It’s Snowboard Kids!

Plot Synopsis: It’s a racing game, there isn’t any plot.

Gameplay: It plays a lot like Mario Kart games, and that’s not a bad thing. There are a few differences however and that is the ability to get two different items at the same time one for personal use like invisibility or a rock and the other to mess with other racers, provided that you had the coins to pick them up. Coins were earned by performing tricks. There were 6 playable characters, although one was unlockable only after completing all the courses. Each had different talents and the measures were Speed for straight line movement, Corner for turns and trick which determines hangtime in the air which allowed for tricks. Snowboard Kids was quite fun, and I really regret that I forgot about this game until only a week ago.

Art: It’s a Nintendo 64 game, so the art has aged poorly. That said it was pretty great at the time.

Overall: If you get the chance to pick this up at a garage sale for cheap, buy it. It’s quite fun if you have a Nintendo 64 to play it on.

For those who like: “Kart style games”, Racing, Fun Gameplay, Unusual Courses.