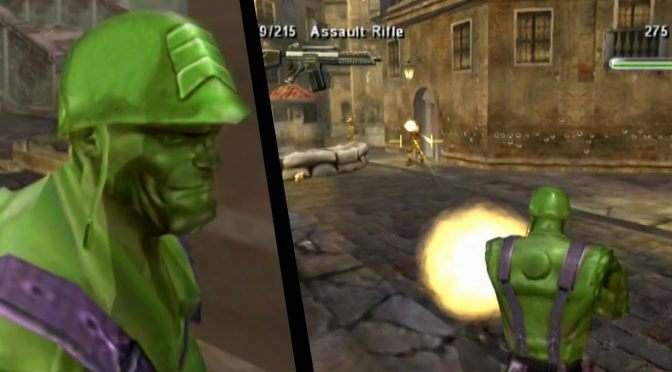 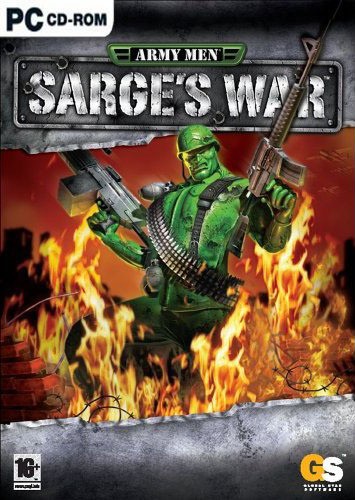 Hey all I’m back with the final game in the Sarge’s Heros subseries for this week’s Retro Game Friday. It’s Army Men: Sarge’s War!

Plot: The plot of this entry is a lot darker than previous entries, which was actually a good thing I thought back when this first released. I still hold that the tone being darker is a better fit for this game, though it could have ended on a lighter note more definitively.

Gameplay: This played a lot like the previous games, though you can now lock on to enemies as well blow enemy’s limbs off.  Otherwise the gameplay was pretty mediocre, though I did have fun maiming every enemy I could.

Art: The art has aged poorly, which isn’t a surprise given that this was made in 2004.

Music: Not memorable at all, so pretty mediocre overall.

Overall: A better game than previous entries, but sadly not enough to make the game a good game rather than just mediocre.

For those who like: Third Person Shooters, Action, Darker Stories.