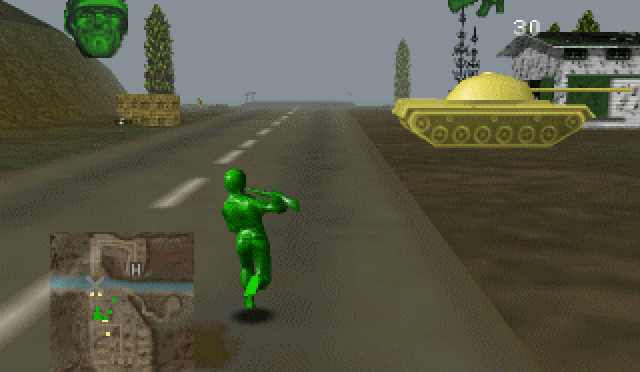 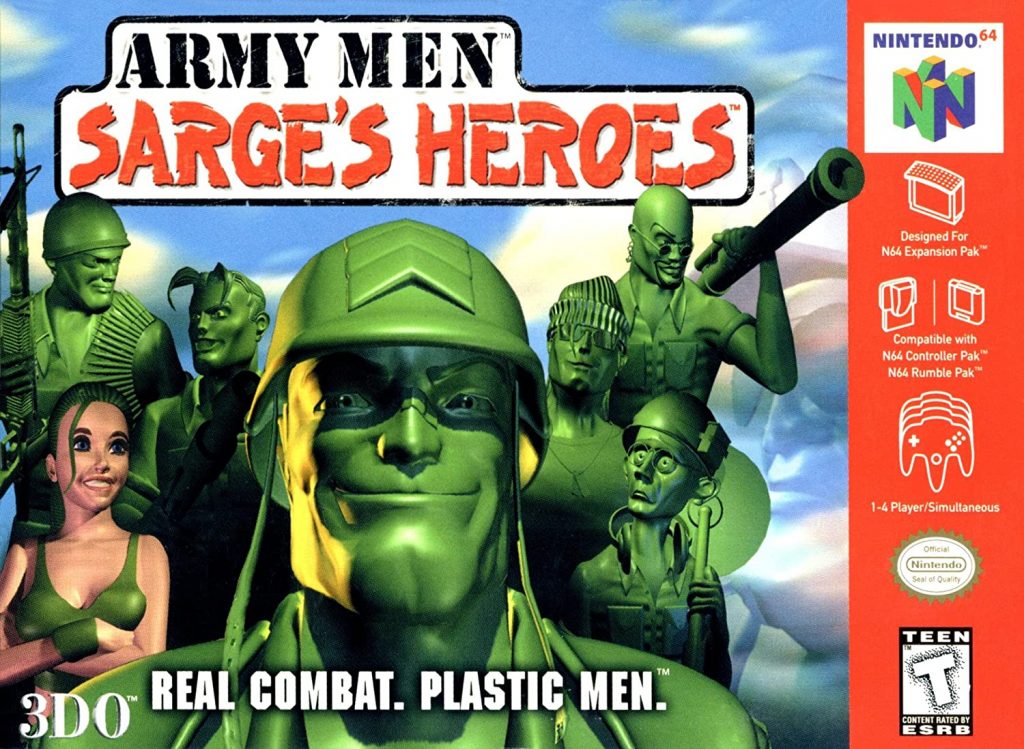 Hey all I’m back with a game that is probably better best forgotton, so I apologize in advance. It’s Army Men: Sarge’s Heroes!

Plot: The plot is pretty much nonsense, but that’s part for the course with this particular series, with it involving those little green army figures fighting against the tan ones.  Insert some doomsday scenario because of “real world” devices like a magnifying glass and you get this game. Honestly I forgot most of the plot, because the game is just that bad.

Gameplay: The gameplay is very poor, with the controls being incredibly frustrating. I remember playing this game at my neighbors and it just being absolutely unplayable for me. I thankfully didn’t throw the controller through the window, but that’s probably only because I saw someone  throw my family’s N64 through the front door to land in the front yard. During a rain shower. The fact it worked afterwards was always something of a miracle for me and my little brother.

Art: The art is pretty bad as well now, but that’s not surprising given that it’s an N64 game.

Music: I don’t remember much of it, probably because I was constantly grousing to my neighbor.

Overall: A game you really want to skip, unless nostalgia is really hitting you hard for some reason.

For those who like: Very Mediocre Games, Army Men Plastic Figures.

Not for those who don’t like: Either of the above, or Frustrating Controls.