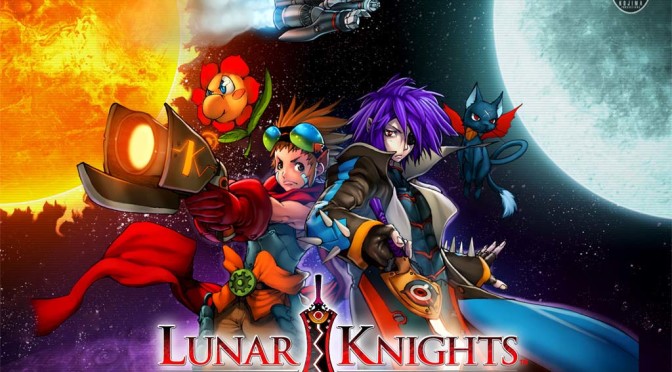 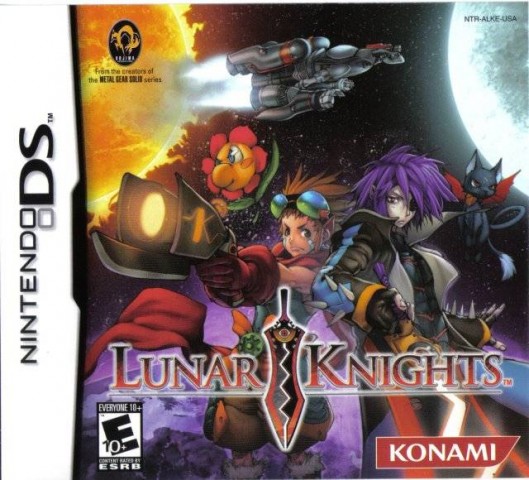 This week for Video Game Friday I’m covering a game that not many people even know exists. It’s Lunar Knights!

Plot Synopsis: The game begins with two men talking about the nearby vampire’s ability to control flame. Lucian, the Lunar Knight overhears them, and sets out to obtain the whereabouts of the Duke, the leader of the Dark Tribe vampires. Later in the level, Lucian encounters Bea, a solar gunslinger attempting to free the prisoners of the mansion. She is trying to find a way past some boxes without notifying guards. Lucian sniggers and then smashes the boxes with his sword, with the line; If someone gets in our way, we take them down.

Plot: Well for starters I didn’t even realize that Bea was a female, shows how much I paid attention to this games plot. The plot was okay, but nothing memorable enough for me to rain praises over it for anything. It was mainly a device to move along the gameplay as I recall.

Gameplay: Playing a bit like Metal Gear Solid, in that you could sneak past things if you wanted, this was mainly a Hack and Slash type of game. The gameplay was good, but nothing really amazing which is why the game probably didn’t sell very well.

Art: The art on the other hand was great for this game. I really did enjoy it.

Music: As a portable game I didn’t listen to it pretty much at all.

Overall: For those wanting a decent enough game with a decent story this will suit your needs for a few hours.

For those who like: Anything made by Hideo Kojima, Boktai, Hack and Slash games.