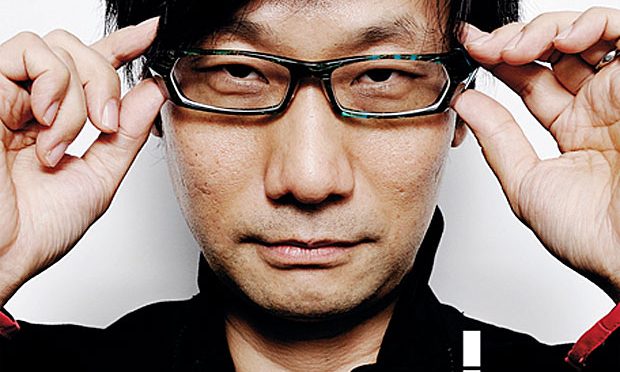 It’s been a fairly quiet start to 2015, for the games industry, but all that changed last week, when the faeces hit the proverbial fan over at Konami.

The first sign of trouble, was when people started noticing that

Konami was stripping the Kojima brand from its products. Most noticeably the upcoming Metal Gear Solid: The Phantom Pain no longer bore the familiar ‘A Hideo Kojima Game’ tag. Next up, Kojima Productions was apparently no more and then gamers got worried.

Understandably, people began to ask whether Kojima was leaving Konami. In typical Japanese corporate style, Konami’s been less than transparent, which has caused even more speculation. It looks as if they expected to be able to do a stealth rebrand without making any announcement. The result is, fans feel confused, disappointed and unsettled about the future of their favourite games.

Adding to the sense of something awry,  sources hinted at troubles at the company, with a rift growing between the publisher and Kojima Productions. Supporting claims that emails and online communications had been vetoed, the latest Kojima Station broadcast was cancelled, with no explanation.

Kojima is pretty active on social media, but since the furor began, he’s been  pretty much silent, apart from a joint statement released last week. He said, “I am 100% involved and will continue working on Metal Gear Solid V: The Phantom Pain; I’m determined to make it the greatest game I’ve directed to date.”

Konami added that it would be making more Metal Gear games in the future. Apparently, the publisher is already putting together a new team.

Yesterday, Konami released a statement on twitter, which was more than a little vague. Konami said, “In accordance with the recent change in production organization of all of Konami, Kojima Productions, as well as other internal production companies, has had its name, etc, changed to move into the corporate headquarters work structure.”

Regarding the branding changes, it added, “The name and organization has changed, but as before, MGSV: TPP is continuing as a work from director Kojima and the existing team members,” and that, “Naturally, director Kojima is playing the game, checking all the small details and giving directions to the staff as the title continues to completion.”

Konami has been haemorrhaging staff lately. Senior producer Akari Uchida and character designer Mino Taro of Love Plus, the popular dating sim, both announced their departure, this month.  In addition, Takayuki Fujii  of No More Heroes  and Frogger 3D fame left a few months ago and key marketing and PR staff from the European  office have also moved on, after many years at the company.  There is a major shift happening at Konami and maybe we’ll never know why, but the latest reports suggest that Kojima and co are on contract to finish MGSV: TPP and then they will leave too.

Readers of this column know I’m no Metal Gear fan. I appreciate those games, rather than enjoy them, so I’m not crying any tears over this news, I’m just confused.

Konami has had its eggs in one basket for a long time now. Silent Hill isn’t the game it used to be and neither is Pro Evo, leaving the publisher with Metal Gear as its only strong title, with the occasional Castlevania success. So you’ve got to wonder what the hell Konami’s thinking.

Kojima is Konami’s goose and he’s been laying golden eggs for 30 years, which is no mean feat. So how has the publisher let things reach this point? The rumours of a growing rift, suggest that perhaps Kojima is just ready to do new things and Konami simply wants more Metal Gear.

I think Konami’s handled the whole thing pretty badly. From the outside, the rebrand looks like they’re airbrushing Kojima out of Konami’s past, after he formed the foundation of their success on the gaming stage.

Konami is more than just a gaming brand, operating casinos and health clubs in Japan and the US, so it’s not the end of Konami, by any means. However, losing Kojima could be a fatal turning point in the company’s fortunes on console. Maybe people on the inside have seen the writing on the wall and that’s why seriously long-term talent have finally decided to walk away.

The way I look at it, a Metal Gear reboot may be the best thing Konami can do. It worked for Microsoft with Halo, but that was a much more amicable deal. However, I’m sure they’ll have no shortage of talent willing to try and put their stamp on the Metal Gear series.

Horror fans will also be wondering what this all means for the future of Silent Hills. In case you hadn’t heard, Kojima was set to work with film director Guillermo del Toro (Pans Labyrinth) to make the next installment of Konami’s horror series. It was a fanboy’s dream and a sort of gaming supergroup was born.

Konami has been suspiciously (even for Konami) silent on the fate of Silent Hills, so I wouldn’t hold your breath on this one. Sure, del Toro is a big enough name to support the project, but he’s not a game developer, so he’d need some specialist talent on board too. It could get made without Kojima, but Konami could easily lose interest, as it focuses on the cash cow that is Metal Gear Solid. I don’t want to liken Silent Hills to The Last Guardian, but I just did, so let’s just leave it at that.

The most interesting thing that comes out of all this, is seeing if Hideo Kojima has any other games in him. I suspect he must. If I was the auteur that Kojima is supposed to be, all these years working on one title must have been the most frustrating situation imaginable.

Kojima’s current reputation is largely based on one game series, which is really, quite extraordinary. I know he has dabbled with other titles, such as Z.O.E and Boktai, but they probably wouldn’t be notable games without his name. All the Kojima worshippers should be happy that they get to see another facet of their favourite game creator. It’s going to be a true test of his talent and the rumours won’t die down, until people see what he does next.