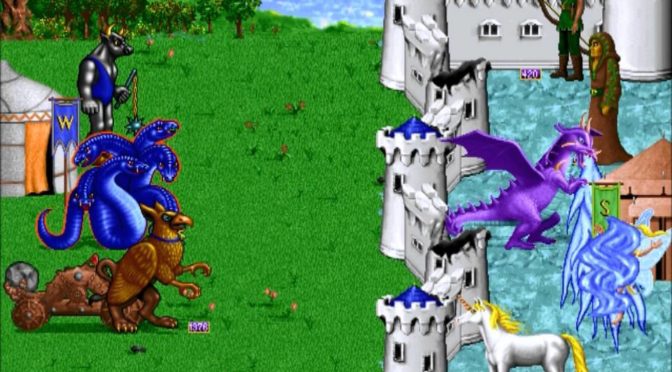 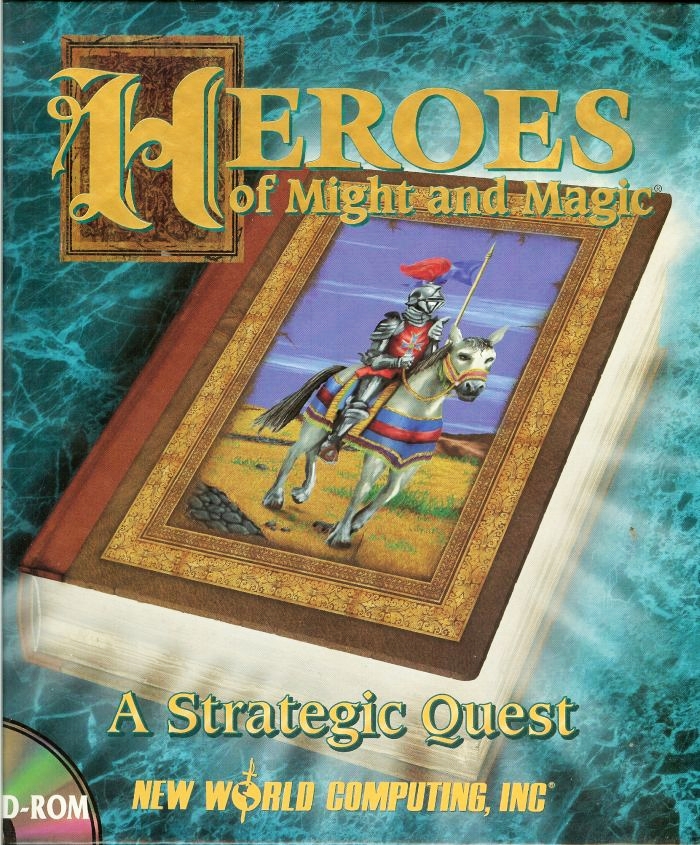 Hey all, I’m back with a true PC gamer classic for this week’s Retro Game Friday! It’s Heroes of Might and Magic!

Plot Synopsis: Lord Morglin Ironfist, is forced to flee his homeland through a magical portal, because his cousin, Ragnar, had usurped the throne after his uncle, Ragnar’s father, killed Ironfist’s father, the legitimate owner of the throne. He finds himself along with his few followers in a strange and uncharted land, called Enroth. The land is unruled but contested by Ironfist and three other warlords: the barbarian Lord Slayer, the sorceress Queen Lamanda, and the warlock Lord Alamar.

Plot: The plot isn’t all that special, in fact it’s pretty boring and bland. But this did pave the way for later games in the series.

Gameplay: It played like a Turn Based Strategy Game, a Sim and an Adventure style game at times and did so pretty reasonably well. By today’s standards, it’s a very mediocre game, but was pretty damn good at the time.

Art: It’s seen better days, the Artwork, while 2D, is very, very outdated. Heroes of Might and Magic doesn’t have the usual timeless quality I often praise 2D games for having.

Overall: Give this a whirl if you’re really bored, but later games in this series would probably be more fun to play. Probably.

For those who like: Sims, Adventure, Turn Based Strategy, Fantasy, Strategy, Action

Not for those who don’t like: Any of the above, or really bad artwork.