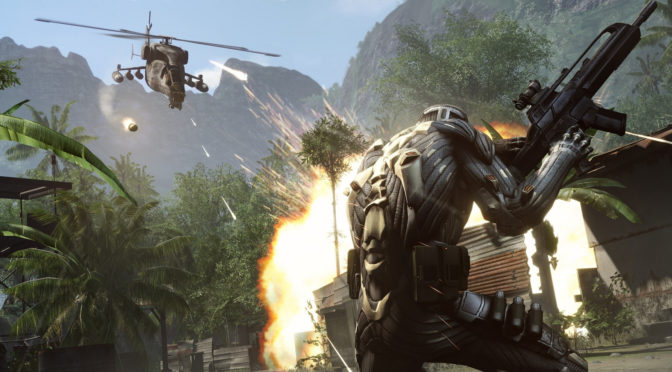 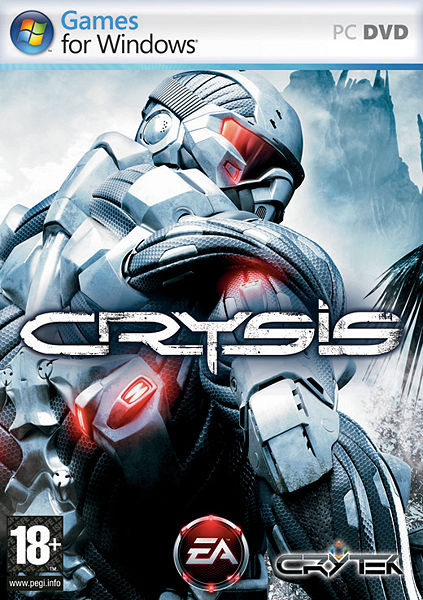 This week for Retro Game Friday I’m covering a game that was the benchmark for graphics in gaming for a while. It’s Crysis!

Plot Synopsis: The game begins on August 7, 2020 when North Korean forces led by General Ri-Chan Kyong take control of the Lingshan Islands. A team of American civilian archaeologists, led by Dr. Rosenthal, send out a distress call indicating that they have discovered something that could change the world. A week later, Raptor Team is dispatched to the islands, with the core mission of evacuating them and securing any valuable information that they have. The team consists of Nomad, Psycho, Aztec, Jester and team leader Prophet (all under code names); they are outfitted with Nanosuits, which help protect them from gunfire and explosions, as well as giving them superhuman strength and abilities. As they perform a high-altitude jump onto one of the islands, an unknown flying entity disrupts the jump by smashing into Nomad, and the team is separated.

Plot: The plot is okay, but it’s not super amazing either. That being said it wasn’t terrible either. It just was, and while Mediocre isn’t quite the right word I want to use, it’s the best I can come up with at the moment with a splitting headache.

Gameplay: This plays like a lot like other FPS, the big “gimmick” for Crysis though was the ability to switch between various power armor modes. There was Speed, Armor, Strength and Cloak. Frankly I preferred Speed as I enjoyed getting reloading faster, but that might just be my personal preference for speed archetypes in almost every game.

Graphics: This game’s max settings were incredibly expensive to be usable at the time of release because of how much strain they caused. You might remember hearing the question “Can it run Crysis?” as a way of determining how much of a powerhouse your PC was. So yes, the game looked pretty damn amazing. That being said it still aged not particularly well, but a hell of a lot better than Halo CE did, although that is a game from the previous generation of gaming.

Music: Honestly don’t remember it, and frankly I might not have ever listened to it as I was using a roommates computer to play it during college.

Overall: A good game, but mostly famous for being a graphical nightmare for PCs if you didn’t have a powerful enough computer.

For those who like: FPS Games, Sci-Fi, Military Fiction, Drama, Action, Awesome Artwork (especially in the day).