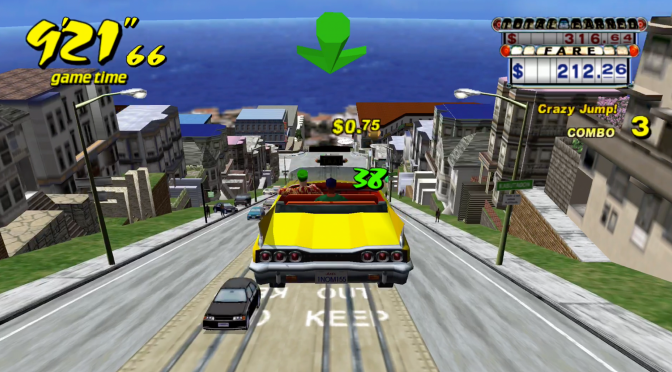 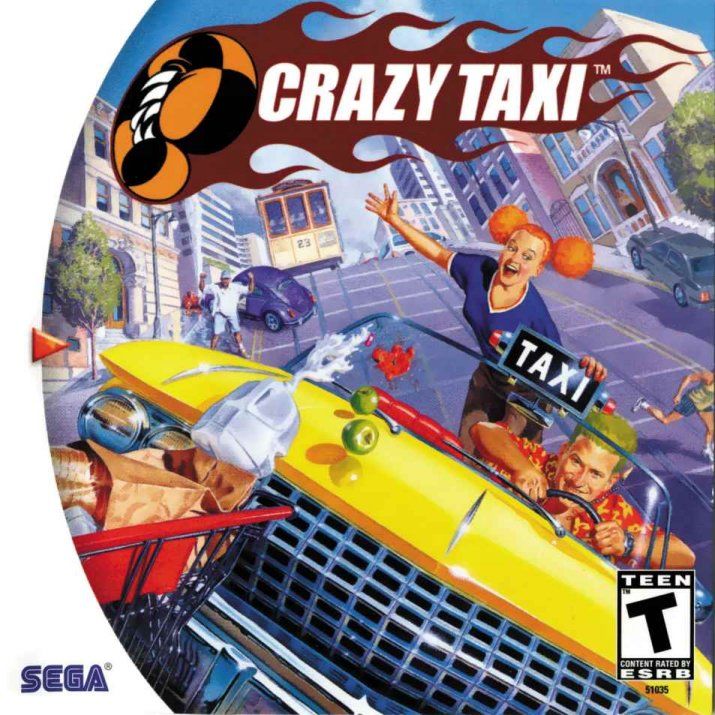 This week for Retro Game Friday I’m covering a game I swore I had already covered, but apparently I never have. It’s Crazy Taxi!

Gameplay: The gameplay is quite fun with you controlling your taxi through a busy and hilly city as you ferry customers to and from their destinations. It could really get hectic, especially if you played on the lower time limitation settings. The main goal of the game was to be as fast as you could getting to the destination while performing “tricks” like barely missing cars by going on the wrong side of the street to earn you even more points. Honestly if this happened in real life, no one would ever take a cab, which might not be a bad thing? The only problem I had with the game was the time limitations seeming to be too short, but that’s just me.

Art: The art is very dated, but was awesome for the time.

Music: It was just as frenetic as the gameplay, which was kind of the point.

Overall: if you’ve never played or at least watched someone play Crazy Taxi you ought to give a shot.

For those who like: Driving Games, Crazy Drivers, Time Limitations.