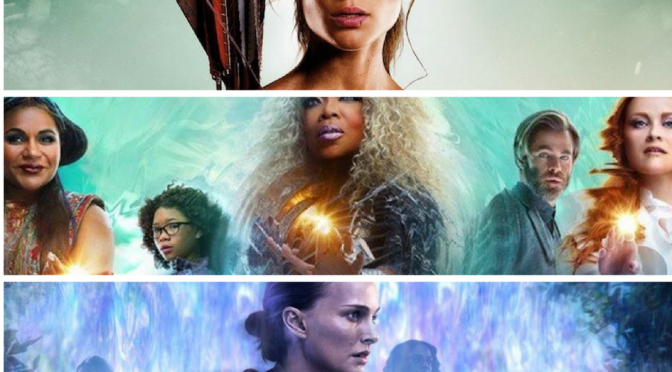 Drew and Chella Argue the Toss about the new Tomb Raider film, A Wrinkle in Time and Annihilation.

After reviewing Jessica Jones season 2 last episode, Argue The Toss is back to continue in that vein with a female-led theatrical triple-play, having been to see Ava Duvernay’s adaptation of A Wrinkle In Time, the new Tomb Raider, and the gorgeous sci-fi horror Annihilation. All of these films have women in the lead roles, so it’s time for ATT to do what the media does best, and pit them against each other.

Okay obviously not really, but it soon becomes apparent that the themes of all three films are more comparable than at first glance, and soon it’s an all-out war to determine which of the film’s leads have the most well-realised male abandonment issues. We were also gonna judge them on who had the best outfit, but to be honest Oprah kind of ran away with that one.