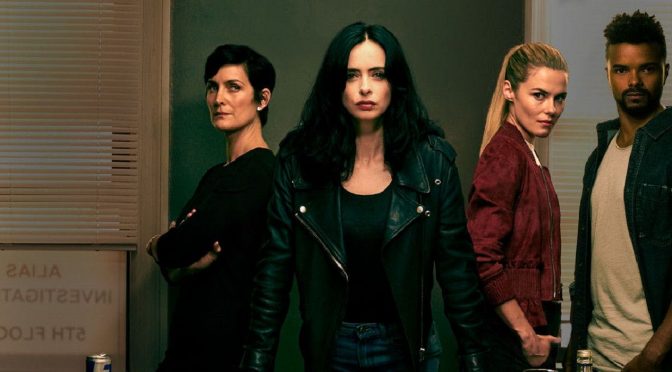 Drew and Chella Argue the Toss about Jessica Jones Season 2.

The line kept moving and I kept stepping over it. How far was too far, and was there a way back? There was a new episode of Argue The Toss. Episode. Was I having an episode? I certainly liked to argue. And toss… yeah. I was definitely talking a load of old toss. I threw back another two bottles of bourbon to steady my nerves. I’d feel that in the morning, but I wasn’t feeling it now. Who was I even talking to?

This week the ATTeam return to the Marvel Netflix universe for the second series of Jessica Jones, and present their thoughts on roughly the first 3.5 episodes. And in case you were wondering, they’re now about six episodes in and man, the weird narration thing only gets worse.