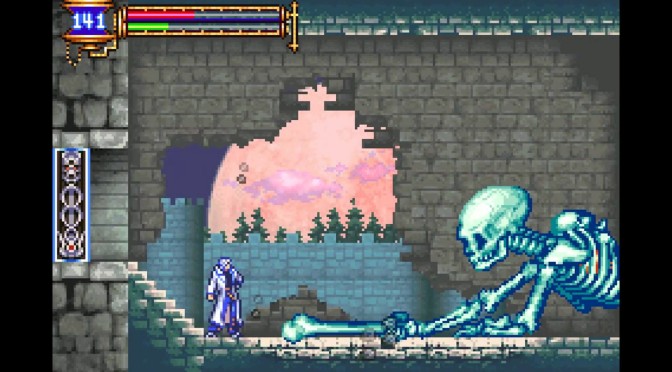 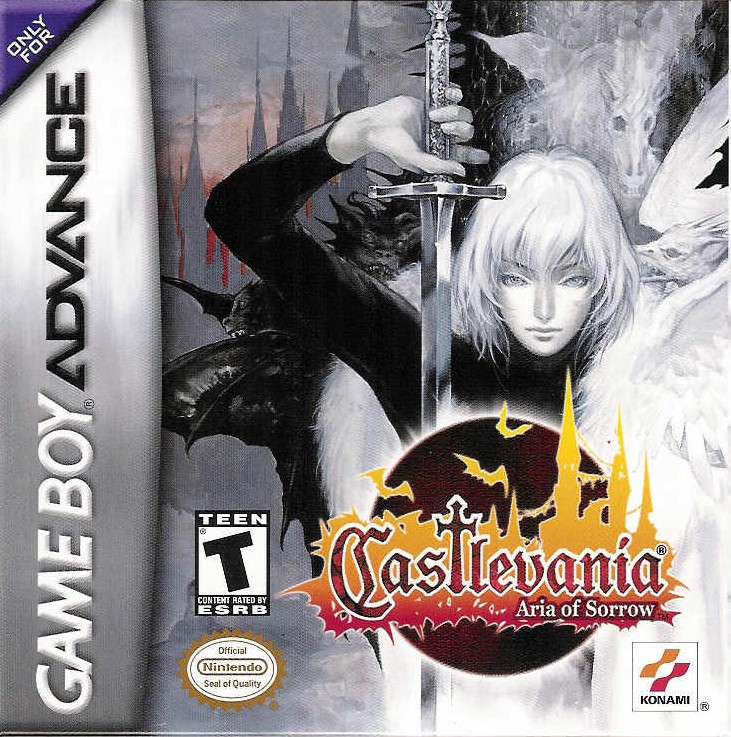 This week for Retro Game Friday I’m covering one of my favorite Metroidvania games. It’s Castlevania: Aria of Sorrow!

Plot Synopsis: Aria of Sorrow takes place in the fictional universe of the Castlevania series. The series’ premise is the conflict between the vampire hunters of the Belmont clan and the immortal vampire Dracula. Thirty-six years before the start ofAria of Sorrow, Dracula was defeated once and for all by the Belmont clan, and his powers sealed into a solar eclipse. Shortly after Dracula’s death, a prophecy was made that Dracula’s reincarnation would come to his castle in 2035 and inherit all of Dracula’s powers.

Plot: The plot is pretty great, and it features one of my favorite protagonist’s of the entire series, Soma Cruz. It also takes place in the near future, which is very nice after the medieval style of previous games. That isn’t to say that some of them were bad, but I’m a believer in the saying that “Variety is the spice of Life”. I won’t go into the specifics of the plot very much, but needless to say it’s one of the better entries in the series. Especially compared to the crap that is the Lord of Shadows reboot.

Gameplay: It played quite a bit like Symphony of the Night, although the game-breaking sword Crissaegrim didn’t return in it’s full glory.

Characters: Soma is a wonderful lead character, and the rest of the cast is amazing as well. Mina is probably my favorite of the supporting cast after Arikado, who takes the cake for being a great mysterious government figure.

Art: This was the last entry in the series to feature the art style of Symphony of the Night which was great, although AoS’s sequel wasn’t bad either.

Music: The music is classic Castlevania and is wonderful.

Overall: This was an excellent entry in the series and well worth playing even now.