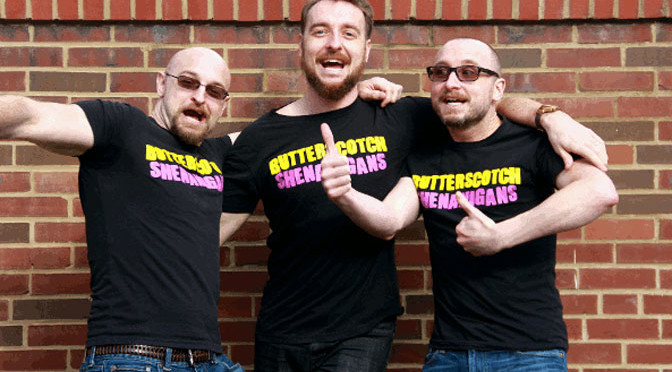 The word “cancer” carries a massive weight that can almost be too daunting to think about. It’s a life-changing diagnosis that has massive ramifications for those battling it, as well as for their families. For some, it’s a time to slow down and contemplate.

Or if you’re Sam Coster, you and your brothers, Adam and Seth, go build a massive video game. And that’s exactly what the guys at the awesomely named Butterscotch Shenanigans did, putting together a masterpiece in Crashlands.

We got the chance to ask Sam, Adam and Seth a little bit about the Crashlands game and life in general.

GiN: What gave you the idea for Crashlands, and how did it evolve from concept to game? 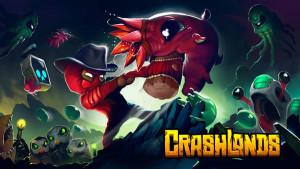 Sam: Crashlands is a blend of all the things we like from crafting, fighting, and monster raising games. At the time we conceived of it, I had just gotten diagnosed with cancer and the studio was only Seth and I… if I’m being totally honest, the game that Crashlands was planned to be was both way out of scope and way out of our technical capacity. I think that that sort of declaration like, “WE’RE GOING TO BUILD THIS THING WE CAN’T ACTUALLY BUILD,” was my way of trying to stay around for longer than I was afraid I would have. I wanted to have something big to see through to the end.

So it started as this really ambitious world-building exercise. The first time map-generation was up and running it took seven minutes to generate the world and four minutes to run across! Now it generates instantly and would take you eight hours to walk end-to-end across just one of the biomes. By the time Adam came on, about six months into the project, we had a neat world and some interesting systems but nothing resembling a real game. Adam’s entrance was like pouring jet fuel in the tank. We ripped out most of the underlying design and redid a ton of it, and it came out on the other end as a fantastic game instead of just a world simulation.

GiN: Having been diagnosed with cancer, some people wouldn’t know what to do. You not only took on cancer, but accomplished something as massive as building a full video game with your brothers. What was driving you?

Sam: I think a lot of it comes down to my earlier statement, about declaring that you’ll be around in the future. When you get your mortality checked like that you realize the relative importance of a lot of things – family, work, friends, etc. Crap like the Starbucks cup being “only Red” this season or Twitter changing their favorite button to a heart icon is so inconsequential that you sort of float above this superfluous crap that’s really easy to get mired in. Cancer gives you great focus, in a terrible way.

GiN: What’s the dynamic like working with such close family?

Adam: Pretty easy actually. When taking on a difficult and massive project like a game, you need people who you can trust to do their work, and do it well. This is even more important for tiny teams working on huge projects — everyone needs a lot of autonomy and therefore needs to be trustworthy. I trust Sam and Seth more than nearly anyone else I know because I know them SUPER WELL (from, you know, being related and growing up together).

GiN: What’s been the best part of making Crashlands?

Adam: Every once in a while, after weeks or months of grueling labor, I take a few hours to just play the game. Every time I’ve done that, I thought, “Holy crap, how did we make this thing?” Even still, it was bigger and better every time I finally got around to playing it. Being able to step away from the work and appreciate that we’ve created a thing that we care about, and that future thousands of people will care about, is an amazing feeling.

Sam: I think the best part so far for me was having Seth do his full playthrough. Since there are only three of us, as Adam mentioned, we have to trust each other a ton to do parts of the work, and that means we often times are completely surprised by things in the game. Seth hadn’t actually played it (aside from testing things) for about six months, and in that time Adam and I had written and implemented the entire 50,000+ word story. Hearing Seth chuckle as he stumbled across stuff for the first time was great.

GiN: What will you taking from this entire experience, both battling cancer and developing a game simultaneously, as you go forward?

Sam: I don’t think we’ll ever be becoming complacent in what we do. We want to be growing our skills, the vibrancy of the universe we’re building and the power of the games we’re making, branching into new technology and sussing out interesting platforms to work with – we want to keep those doors open and push ourselves more than I think we did before.

GiN: And finally, I have to ask this, where did you guys come up with the studio name Butterscotch Shenanigans?

Adam: When we were kids, we were once running around in the woods (participating in Shenanigans) when Sam refused to come back home until he got some candy. He was basically a baby. It was getting dark, and we didn’t want to get into trouble for leaving Sam outside by himself. So, we snuck into the house and stole a bag of Butterscotch candy, then left a trail of them from the house to where Sam was so that he would follow them home. Fast-forward 20 years, and we were trying to think of names for our company. We couldn’t come up with anything, then got distracted by remembering this story. And that distraction led to the name: Butterscotch Shenanigans.

Editor’s Note: I’m told this story may or may not be the whole truth. The world may never know …