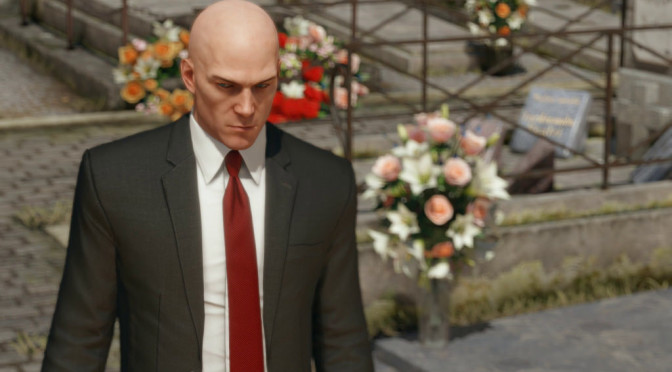 I loved the first Hitman. It made me feel clever because I created my own ingenious ways to get to my target and dispense with them. Okay, sometimes it all went wrong at the last minute and I just had to try and quickly smother them with a napkin because I was dressed as a waiter and then make good my mistake, but hey. Sometimes it all went according to plan and then I was smug gamer.

Anyway, my point is, original Hitman was good, but then I lost interest in the series and the less said about the latex nuns the better. Fast forward to January 2016 and news of Agent 47’s latest adventure, simply named er…Hitman, is to be launched as an episodic title. Many thought this was a sign of greed or a dodgy game, but I just thought it was a smart move.

I was in two minds whether to delve into new Hitman, but the episodic announcement, means I can jump in for $15 and give it a punt. In addition, Hitman makes sense as an episodic game. After all, the games, generally, involve a string of different assassinations, in a number of different locations.  That’s the perfect structure for episodes, without interrupting the flow of the game or the narrative.

IO Interactive said of the announcement, “After a lot of consideration, we decided to take the full leap and publish Hitman as a truly episodic game experience with a major live component. It’s not a decision we’ve taken lightly and we fully acknowledge that the decision may frustrate some players. But it is a shift that we believe will ensure the best possible foundation for this game and the future of Hitman.”

The publisher has since cancelled all pre-orders, allowing for a clean slate, which won’t have done much to placate annoyed gamers. All in all, changing the whole business model of a game so close to the launch date (11 March), isn’t always a sound strategy. However, this iteration of Hitman was never going to be the traditional boxed game we’re used to.

From the get go, it was clear IO was trying to do something different. The original plan was to release a large chunk of the game, with later episodes to follow, all with a live, multi-player experience. The new plan is to release the whole game episodically, at $15 for the first part and then $10 for subsequent episodes. Alternatively, you can pay $60 upfront and get the episodes as they’re launched.

People buying the game don’t lose out, either way. You can try the first episode for far less than the $60 spend on a boxed copy, which you might not enjoy. And  then you can decide whether to buy the later episodes, amounting to no more than the upfront price. It’s all win, whether you’re a committed Hitman fan who would buy it anyway or someone like me, who’s just curious.

It’s a risky strategy, from Square Enix’s perspective. Usually, AAA titles just hit the shops with a fanfare of marketing bluster and gamers stump up $60 without any real assurance that it’ll be any good. The die-hard fans buy early and the ‘maybes’ wait until the price drops, perhaps never buying it at all because something better comes along. However, the publisher’s, hopefully, met its sales targets thanks to heavy marketing and gamer anticipation, but it’s a  short-term strategy.

Going episodic means Square Enix is putting all its bets onto the first episode being so good, that gamers will come back for more and follow the series.  The hope is that the buzz will build, as players enjoy the episodes and more gamers will go back and jump in at $10-$15 a pop. But episode one has got to be good for this strategy to work.

This means, Square Enix must be pretty confident about the new Hitman. That makes me feel pretty certain that I’ll give it a go at release, rather than waiting. It’s like paying indie prices for a AAA standard title, which can only be a good thing.

Seeing as we don’t get game demos on the front of magazines (archaic paper things of yore) any more, gamers have to make a real leap of financial faith on a new game.  Now, they don’t have to – at least, with Hitman.  Gamers get an entry level price and therefore less risk.

Added to that,  I much prefer the idea of bite-sized chunks of games I can complete in a weekend, as opposed to 80-hour life-eaters. Gameplay allowing, give me episodic, every time.

2 thoughts on “Why an Episodic Hitman Launch Makes Sense”