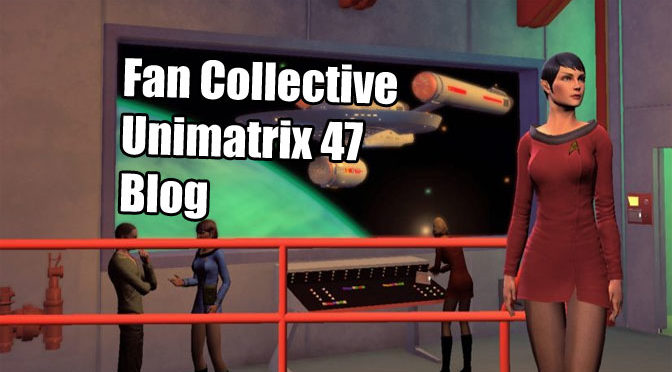 I do realize that a new Lower Decks episode aired today, but due to circumstances beyond my control, I won’t be able to cover it. As a result, we’re dipping back into DS9, and we’ll go back to Lower Decks next week, though we’ll be a week behind from here on out.

Season one of DS9 spends a fair amount of time exploring Major Kira’s struggles with being on the other side of the power divide. She spent most of her life fighting a near-hopeless battle against a brutal occupying force, and now that the Bajorans have emerged as victors, she finds herself part of the government. Kira is now part of the power structure rather than rebelling against it, and neither Kira nor Bajor quite knows how to deal with being on the other side. “Progress” is meant to continue that exploration by forcing Kira to face that difference in the form of one Mullibok, played to perfection by Brian Keith. However, the episode tips into awkward territory with how he treats Kira, which the nineties want us to accept as normal. However, between Nana Visitor’s portrayal of Kira’s discomfort and a pretty funny turn by both Jake and Nog, “Progress” represents a solid if not spectacular entry in Season One.

The episode opens with Minister Toran worrying about how the station crew has set up the project to tap Jeraddo’s core for power. The end goal is to use the moon’s energy to provide energy to homes back on Bajor, but the process will unfortunately render the moon uninhabitable. The Bajoran government therefore evacuated the population, but Kira and Jadzia Dax happen to find a last few hold-outs. Mullibok, Baltrim, and Keena work a single farm, and have been on Jeraddo for decades, having escaped from the Cardassian. None of them wishes to move, and Mullibok is especially reticent, claiming that being forced to depart will result in his death. Major Kira, however, must secure their compliance because regardless of their preferences, the project must go forward.

Aboard the station, Nog overhears Quark taking Rom to task for having unwisely purchased a large quantity of yamok sauce, a Cardassian condiment unpalatable to every other species that darkens the threshold of his bar. Nog concludes that there is clearly an opportunity for profit, so he secures the sauce from his uncle. He and Jake then negotiate with a Lissepian trader who offers them 100 gross of self-sealing stem bolts for the sauce, and the boys agree. They then offer to sell the stem bolts to the Bajoran who originally ordered them but was unable to pay the Lissepian’s price. However, the Bajoran remains cash-poor, so he offers to trade the “Noh-Jay Consortium” the deed to seven tessipates of land on Bajor. Nog refuses, preferring latinum, but Jake agrees. Just like that, the boys are land-owners.

Kira returns to Jeraddo with two members of the Bajoran security forces in order to remove the three objectors. Baltrim and Keena resist violently, ultimately stabbing a member of the security forces who then threatens them. Mullibok boils out of his dwelling and attacks, prompting the second member to fire on the older man with his phaser, wounding Mullibok severely. Kira calls for Dr. Bashir, who arrives and tries to remove Mullibok to the station’s Infirmary. Kira stops him and agrees to remain with Mullibok and nurse him back to health.

Bashir returns to DS9 where Commander Sisko convinces him to request that Major Kira remain on the moon for humanitarian reasons so as to secure Kira two days either to convince Mullibok to leave or face the loss of her post on the station. Sisko even goes to Jeraddo to speak with her, and he points out that no matter how much Kira may sympathize with Mullibok as the underdog, she is a part of the Bajoran government and must choose between her sympathies and her duties. Kira continues building Mullibok’s kiln as she thinks over the situation.

Jake and Nog fare a bit better, though they don’t realize it initially. Nog bitterly laments their lack of latinum over a card game until he overhears his uncle speaking with Odo about how the Bajoran government wants to build a reclamation facility on the very piece of land owned by the Noh-Jay Consortium, which makes that land very valuable indeed. Suddenly excited, Nog approaches his uncle and offers to sell him their interest in the land for five bars of gold-pressed latinum. Quark deduces that the Noh-Jay Consortium is actually Nog and Jake, and he presumably agrees to the deal.

Kira overnights with Mullibok, and she concludes that she must remove Mullibok. She destroys the kiln they’ve finally finished with her phaser and uses the resulting fire to burn down Mullibok’s cottage. He accuses her of choosing her uniform over him, and she tells him that wasn’t the choice she made. Mullibok asks her to kill him, and she refuses. He tells her that he’ll die on Bajor, and she responds by saying that she won’t allow him to perish. They beam off Jeraddo together.

No matter what the foregoing synopsis may imply, “Progress” does not end on a high note for Kira. There’s no sense that Mullibok forgives her for what he no doubt sees as her betrayal or that he finds contentment on Bajor, but that’s not really the point of the story. The story focuses instead on Kira’s choice, building on one of the character arcs that defines season one, which is how Kira adapts to being part of the machine rather than raging against it. Her conversation with Sisko in front of Mullibok’s unfinished kiln summarizes the crux of her dilemma. He reminds her that she’s no longer the underdog, no matter how much she may sympathize with Mullibok’s desire to remain in his home on land he’s worked for four decades. Kira understands Mullibok’s fear of uniforms all too well, but now that she wears one, she must decide whether or not she can handle the responsibilities that come along with it. Sometimes, as with Mullibok’s moon, that means making the better choice for the larger number of people, no matter how unfairly that requires treating the few.

However, Kira’s dilemma isn’t simply a question of choosing the needs of the many over the needs of the few. The real issue is more nuanced than that; Kira wrestles with her own place in making those choices. She correctly tells Mullibok that she didn’t choose between the uniform and him. Kira had to choose who she might be over who she was, and she opts to move forward into this new identity. I like that the episode doesn’t imply that she can have both. She can’t. The part of her life spent with the Resistance is over no matter how much it meant to her, and Kira speaks directly to that. She tells Mullibok that her time with him is over, and then she literally burns her bridges in order to drag him along with her to the new Bajor.

Despite their silence, Keena and Baltrim are important to that theme. Were Mullibok alone, Kira’s choice would be easier, but Keena and Baltrim serve as stand-ins for the people who will have no say in the decisions the new Bajoran government and Kira will have to make going forward. The episode makes it very clear that Kira must re-victimize them in order to achieve her mission. The episode could have used them more effectively, but the point remains. Kira must rip them away from their lives, and in so doing, she nearly steps into the Cardassians’ boots. There’s no clear win here for anyone; everyone makes the best choices they can, but there are no great options. Contrast this situation with “Journey’s End,” in which Picard negotiates a treaty in which everyone gets what they want.

DS9 thrives in these complicated spaces that TNG could not navigate, and “Progress” is a perfect example. The title works on a number of levels. It’s progress for Bajor in that the planet will have more abundant energy, and Kira makes progress along her character arc. More importantly, however, is that where no good solution presents itself, progress marks the limit of what we can achieve. In an imperfect world, moving forward and perhaps doing a little bit better becomes the most realistic end goal.

The Noh-Jay Consortium story provides some balance here. First, I love that we see the roots of the kind of wheeling and dealing that Nog will do in one of my favorite episodes, “Treachery, Faith, and the Great River.” Secondly, Nog and Jake suffer a funnier and more light-hearted version of the A-story’s theme. Nog and Jake never quite get exactly what they want, which is latinum, until sheer, dump luck places it within their reach. More explicitly transactional than Kira’s situation, their story is less subtle , but it provides another perspective on the nature of progress. Plus, getting to watch Nog and Jake work through their deals serves as its own reward.

The episode’s most major problem rests on Mullibok’s shoulders. Yes, he plays at casual misogyny in order to alienate Kira, but there’s just enough that remains after he drops the act to grate. The episode clearly wants us to sympathize with Mullibok in a generous, “he’s an old grandpa” kind of way, excusing his faults. Asking us to do that becomes problematic because it helps normalize that kind of micro-aggression within the context of an older, white male. Calling Kira “girl” or “dear” undermines her, giving Mullibok a certain power in the situation. Mullibok does this deliberately to keep her from performing her job, which straddles the line between simply manipulative and insidious. However, the episode wants us to see him as charming, and I don’t think the writers meant it to be ironic. Mullibok therefore becomes an uncomfortable reminder of the ways in which DS9 has not aged well.

Aside from Mullibok, however, “Progress” engages in enough solid character development that the episode bears a careful watch or two.

A triple with a chance at a steal.