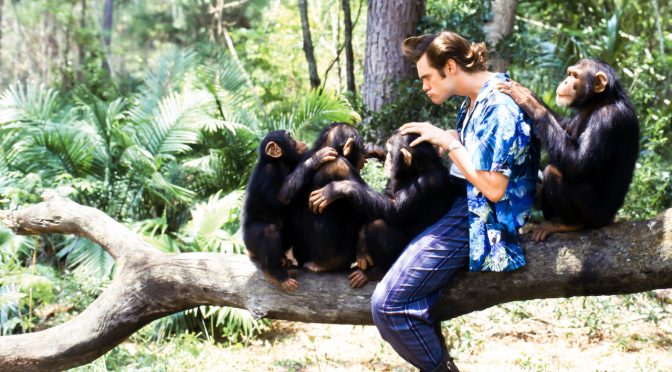 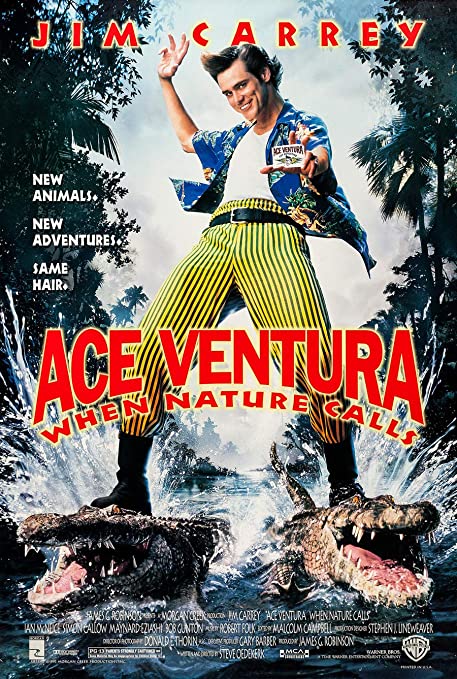 Hey all I’m back with a movie no one wanted for this week’s Movie Monday. It’s Ace Ventura 2!

Plot: The plot is still just as ridiculous as the first movie, if not more so. Frankly while the first movie was funny, this one wasn’t.  Given that it’s got a 25% on Rotten Tomatoes that isn’t too surprising at all.

Casting: The cast isn’t as great as the first film, and while Carrey does try to make up for it his performance just doesn’t cut it, at least for me it doesn’t.

Cinematography: The special effects weren’t the greatest, though they weren’t super terrible at the time either.

Music: The music was pretty bland, with it being pretty unmemorable overall.

Overall: Very much one of those failed sequels. That being said apparently a third movie is in production right now.