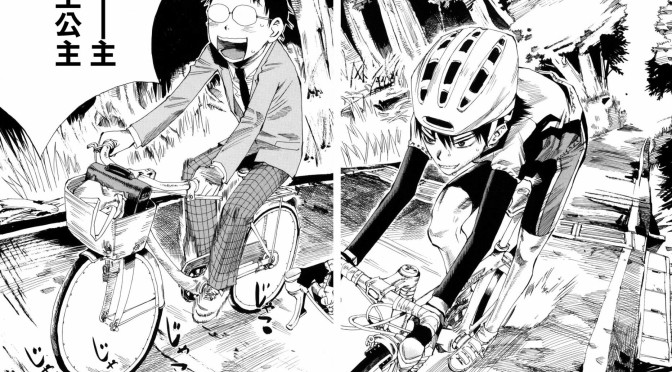 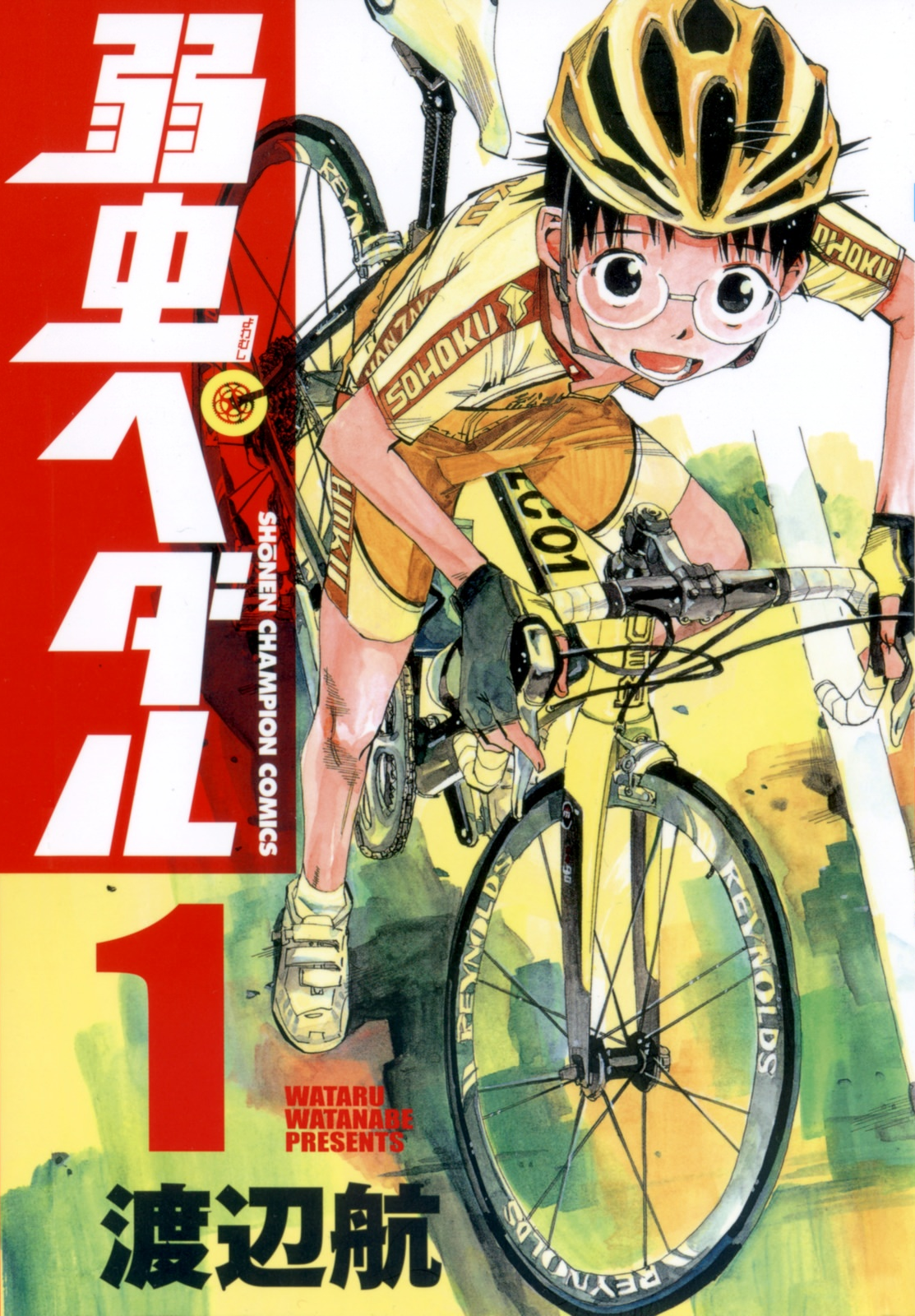 Plot Synopsis: Sakamichi Onoda is an otaku, who has just entered high school and plans to join the anime club. In middle school Onoda did not have any friends with whom he could talk about anime, games, Akihabara and other otaku things and is hoping he can make such friends in the anime club, but he finds out it has been disbanded. In order to reestablish the club he tries to find 4 other people who would like to join.

Since he was a little boy, Onoda has ridden his mamachari (“City Bike” AKA “Mommy Bike” in the anime) – a bulky bicycle with a step-through frame mainly used for short rides, such as for casual fun, to pick up groceries, or if you are crazy like Onoda to bike 40 kilometers  to Akihabara every week to check out or buy otaku things. His fellow freshman, Shunsuke Imaizumi, a cyclist, while training, notices Onoda riding his mamachari up a steep road.

Plot: For a guy who is such a weakling Onoda is oddly likable, and I really enjoy his characterization. The series just gets more ridiculous the more you read on, in fact the Cycling club’s mountaineering specialist is so out there that it could only be in an Anime or Manga series. That being said it’s good to have a bit of ridiculousness in series like this, and while it’s not nearly as bad as Prince of Tennis gets, it does get pretty ridiculous.

Characters: I like Naruko the most, probably because he and I think very much alike in that we are both speed demons who prefer to ride their bikes on flat roads or downhill for speed. Onoda grows on you however as does the rest of the cast. Just be forewarned that some really weird people are in this cast.

Artwork: The artwork is great, although fairly standard for a Shonen sports series.

Overall: If you like cycling, or sports series in general you should read this series.

For those who like: Cycling, Sports Series, Crazy cast of characters. Good Plot.