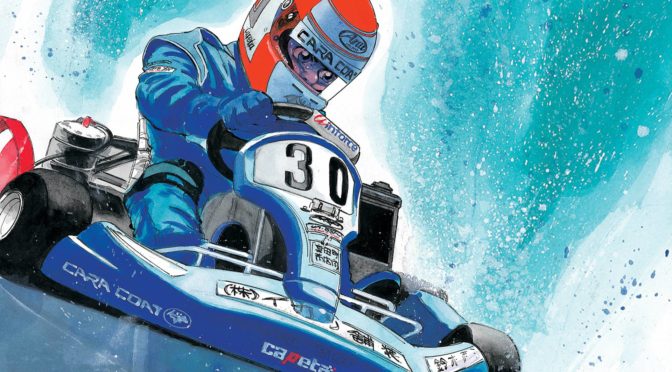 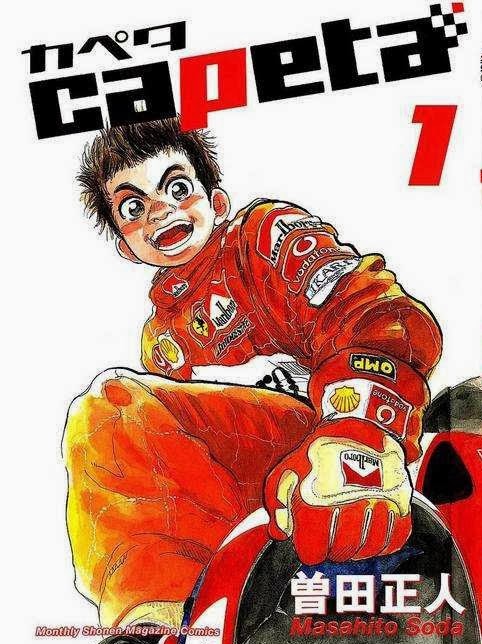 This week for Manga Monday I’ve got another Quick Review. It’s Capeta by Soda Masahito!

Plot Synopsis: Taira Kappeita, otherwise known as “Capeta”, is a ten-year-old boy whose single-parent father, Taira Shigei , works for a paving company. While completing a paving job at a go-kart track, his father sees a young boy racing at the track and is amazed at the speed and seeming thrill of the sport. Realizing that his young son has an interest in racing cars and begins to think…

Plot: This first chapter is a slow start to the series, but it managed to hook my attention enough to give the series more of my time. Eventually I’ll be able to clear my backlog. But I’m going to bet that’ll be years off from now with my luck. The plot is like I said a slow start, but I did enjoy it. Hopefully it’ll prove to be worth my continuing to read it.

Characters:  Capeta is our lead, and he’s a pretty bright young guy. Albeit he doesn’t really try to do much, but he is a 10 year old kid. Monami is his childhood friend and seems to be a pretty awesome girl, hopefully she keeps Capeta on the right track. The rest of the cast is interesting, especially Capeta’s dad Shigei.

Art: The art isn’t quite like anything I’ve read in recent years, it reminds me of early 90’s and late 80’s Manga, but that could just be my memory giving me false impressions. It is quite good however, if again not quite like the rest of it’s contemporaries.

Overall: Capeta looks like it’s a slow starter, but hopefully it’ll be worth reading. I’ll give the tentative go ahead for now.

For those who like: Racing, Sports, Go-Karts, Drama, Good Plot, Great Cast of Characters, Interesting Artwork.