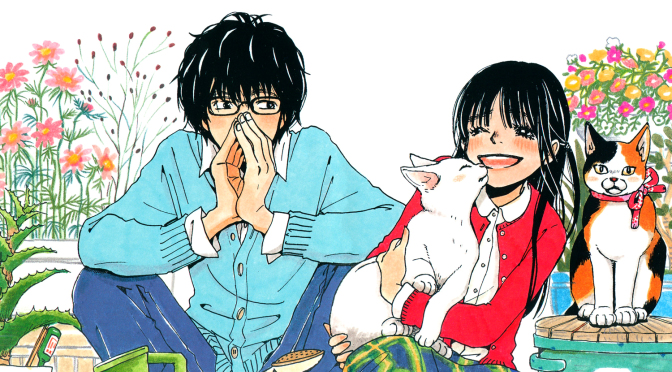 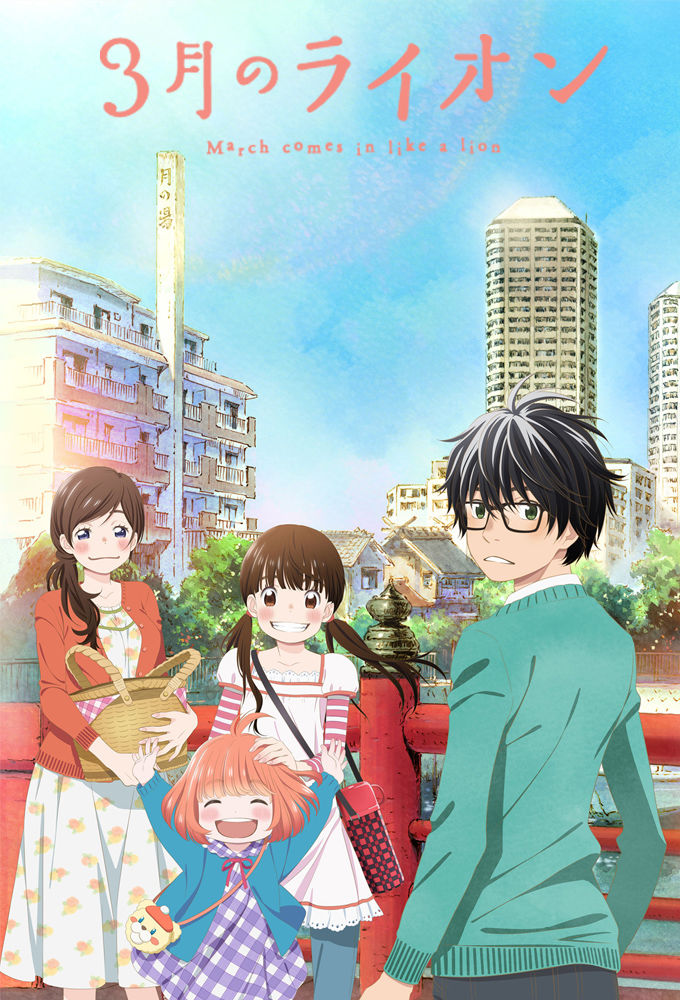 This week for Anime Sunday I’m covering one of my favorite Anime of the Fall 2016 Season. It’s my 3-Gatsu Episode 01 Impressions!

Plot Synopsis: Kiriyama Rei is a 17-year-old professional shōgi player who lives by himself. He is estranged from his family and has scarcely any friends. Among his acquaintances is a family which consists of a young woman—Akari Kawamoto—and her younger sisters—Hinata and Momo—who also keep several cats.

Plot: The plot is very well done, and frankly the way they handle the pacing of each episode is amazing. They cut each episode into various chapters, which actually coincide with the original Manga chapters pretty well. I love 3-Gatsu for the way it handles Rei and his Depression, something that is plainly obvious from the outset of this series. It deals incredibly well with how it feels and conveys those feelings in ways those who never have dealt with it can understand. As someone who has and still does deal with Depression every day I can attest to that fact. There are comedy portions, but they are the lighter spots in Rei’s life and the first episode.

Characters: Rei is a really well done Male Lead, like I said above. The rest of the cast is also really good, from the Kawamoto sisters to their cats, who are frankly batshit crazy. The cast is rather small in this first episode, but it will expand in later episodes.

Art: The art is amazingly well done, which isn’t a surprise since this is animated by Shaft of Monogatari and Madoka Magica fame. The opening and ending sequences are well worth watching as well.

Music: The musical score is amazing, especially the opening and ending themes which are both performed by Bump of Chicken. Fighter, the ending theme, in particular is a song that was literally written for the series by the band a couple years ago.

Overall: This is an amazing series that you need to be watching. Period.

For those who like: Slice of Life, Shogi, Drama, Amazing Plot, Fantastic Cast of Characters, Awesome Artwork, Excellent Musical Score.