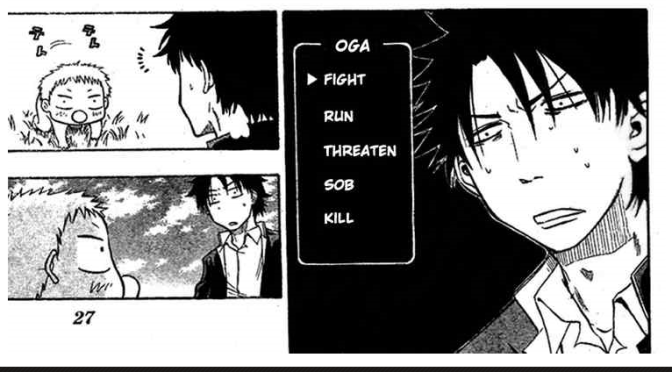 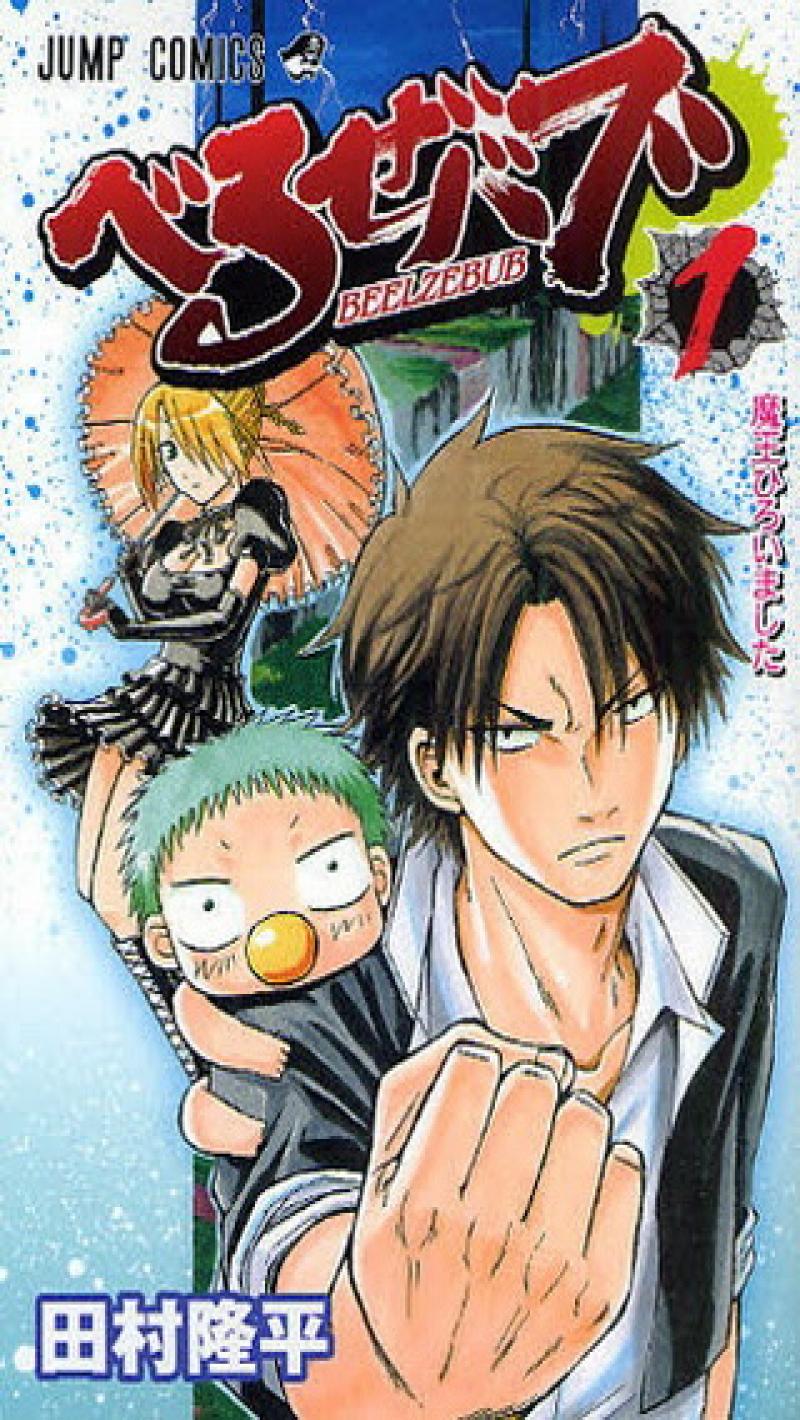 This week for Manga Monday I’m covering a series that I found highly hilarious and disturbing at the same time. It’s Beelzebub by Ryūhei Tamura!

Plot Synopsis: The story follows Tatsumi Oga, a first year student at a school for juvenile delinquents called Ishiyama High. The story starts with Oga telling his best friend, Takayuki Furuichi, the strange story of how he found a baby. One day while doing ‘laundry’ by the river, Oga saw a man floating downstream. Oga pulled him to shore but the man split in half, revealing a baby boy inside. This baby turned out to be the son of the great demon king, and Oga has been chosen as the one to raise him, along with the baby’s maid, Hilda. The manga follows Oga’s life as he tries to raise the child while enrolled at Ishiyama High.

Plot: This series is part comedy, part battle series. It’s fairly hilarious and I wish the series hadn’t ended as abruptly as it did, but that’s because I was rooting for the romance sub-plot to get resolved, which it didn’t.

Characters: Oga is a riot to read about, heck all the characters are very funny. At one point everyone’s butt monkey Furuichi turns into a bad ass who kicks everyones ass. The reason for the characters sudden change I’ll leave unsaid, except that it fits this series very well.

Art: The art is fairly standard Shonen, and isn’t bad. It could be better, but it’s not terrible either.

Overall: If you want some laughs, or just a good battle series that makes you laugh, you should probably check this series out.

For those who like: Mythology twisted into hilarity, Comedic gold cast of characters, Decent Artwork, Funny plot.

Sidenote: After reading this series I’m never helping a guy that’s floating in a river unless he asks for my help.