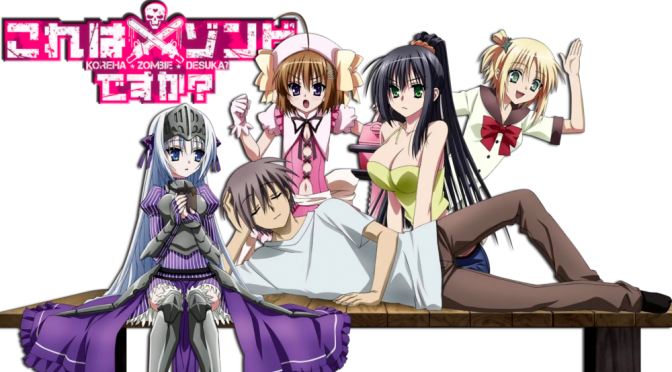 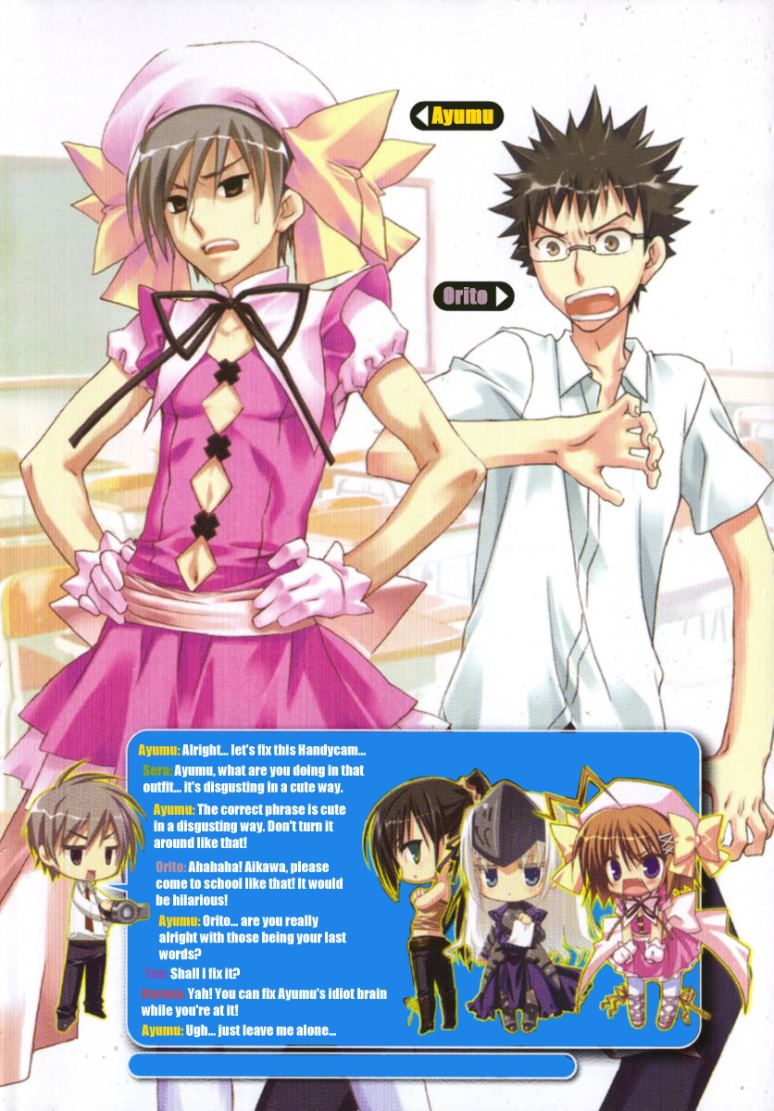 This week for Light Novel Thursday I’m covering a fairly hilarious series, in case you couldn’t tell just from the picture above. It’s time to be become a Maso-Shoujo with Kore wa Zombie desu ka?, or Is This a Zombie? in English, by Shinichi Kimura!

Plot Synopsis:  Ayumu Aikawa is a zombie resurrected by a necromancer named Eucliwood Hellscythe after being killed by a serial killer. As he tries to make the best of his undead life, he encounters a Masō-Shōjo named Haruna and inadvertently takes her magic powers, being forced to become a Masō-Shōjo (and thereby crossdress) in the process. With Eucliwood, Haruna, and a vampire ninja named Seraphim living with him, Ayumu helps battle demons known as Megalos while trying to figure out the mystery behind his own death.

Plot: This series doesn’t take itself seriously at all, which is good because everyone needs a good laugh every now or than. That being said, it does have a plot and it does fairly well sticking to it, at least from the volumes I’ve read (Volumes 1 and 2). If you don’t mind laughing, you’ll find the plot satisfactory enough.

Characters: Ayumu is a total dork, he’s also a zombie who can utilize the entirety of a human bodies strength because he’ll just keep repairing the damage he inflicts when using that much power. Haruna is everyone’s butt monkey for a while, I actually don’t like her all that much, hopefully in later volumes she goes through some much needed character development. Yuu and Sera are both interesting characters on their own.

Art: It’s nothing like No Game No Life, but it’s alright and it does the plot justice.

Overall: If you love to laugh, or just love a good comedy series, you’ll love this one.

For those who like: Laughing, Interesting Characters, A Cross-Dressing Main Character.

Not for those who don’t like: Any of the above, or a less than serious plot.