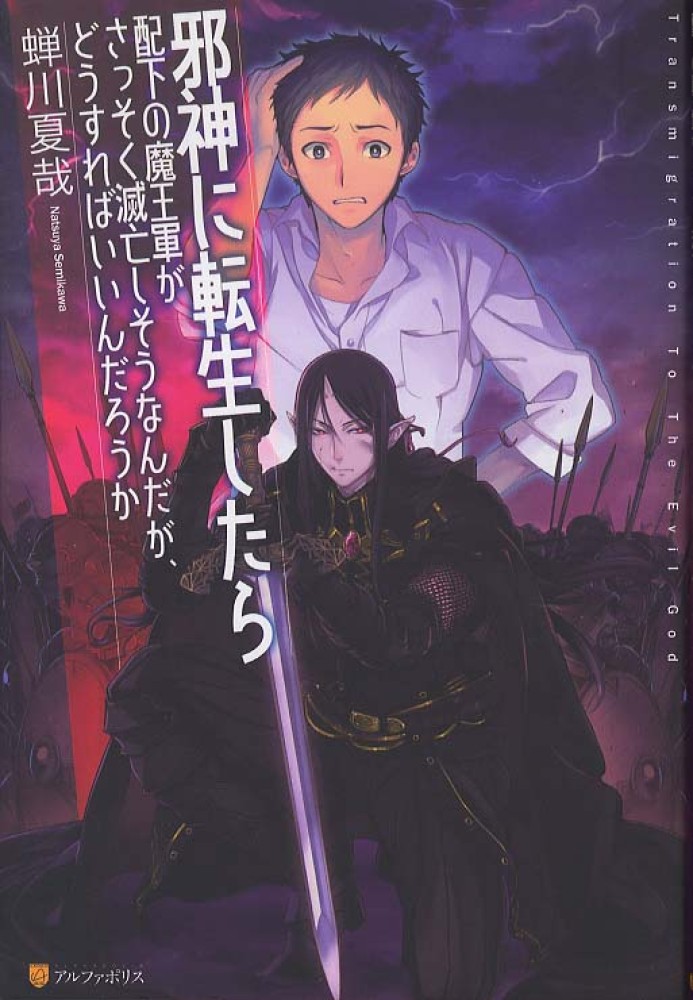 This week for Light Novel Thursday I’m covering a series that I read the first twelve chapters of only, but found to be pretty good despite how little I’ve read of it. It’s Jashin ni Tensei Shitara Haika no Maou-gun ga Sassoku Metsubou Shisou Nandaga, Dousureba Indaroka?, or I was reincarnated as an evil god and my subordinate’s demon army is on the brink of annihilation, what should I do? in English, by Semikawa Natsuya. However it’s just easier to call it Jashin Tensei. (Side Note: I’m sorry for the abysmally generic artwork above for the header, as I can’t seem to find any artwork that is for this series other than the volume cover art.)

Plot Synopsis: After going to the great beyond, Hirano Bonta was reincarnated as an Evil God. Descending upon the Demon Lands, he came across his follower, the 108th Demon Lord, the <Dethroned Crown Prince> Drake.

Plot: I can’t tell if this is supposed to be really comedic, but it definitely has it’s comedic moments, like this as one of Bonta’s sins. “Sin: Ordering the mackerel from a Japanese restaurant fish tank and never eating it.” That being said as the series has just started to be translated last month I’m not surprised that the plot hasn’t gone anywhere. Hopefully writing this will get some people interested into helping the translators out.

Characters: Drake is a riot to read, as he is so steadfastly pious (side thought: Can a demon even be pious?) towards Bonta to a ridiculous degree. Bonta himself is a bit of an idiot, but I do look forward to seeing him become a bad ass god.

Overall: If you can get over the small amount that has been translated so far this is well worth the read.

For those who like: Comedy, Reincarnation stories, Fantasy, Action, Magic.

Not for those who don’t like: Any of the above, or only small amounts of the series being translated so far.