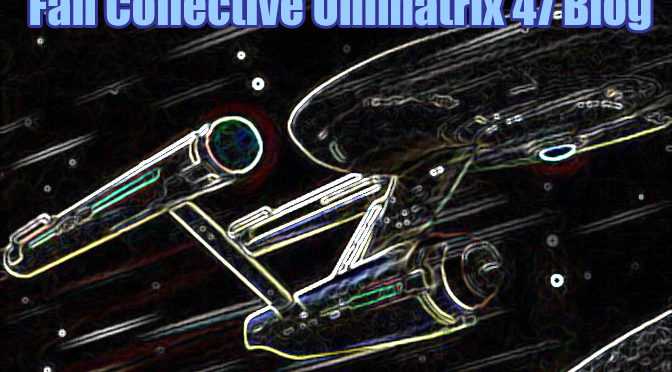 In last week’s episode, Mercer and crew tackled societal ideals regarding gender in a slightly over-simplified way, and while I didn’t agree with it, I could see promise for the fledgling series. This week, The Orville managed to capture most of the feel of my beloved Star Trek: The Next Generation with a comparative minimum of MacFarlane’s signature humor, which as I have discussed before does not always resonate with me. Warning—spoilers ahead. Read at your own risk.

While mapping stars at the edge of unknown space, the Orville discovers a massive ship floating dead in space on a course that will take it into the gravity well of a star, which will destroy the vessel. Mercer, Kitan, Grayson, Dr. Finn, and Isaac take a shuttle to the stranded behemoth and discover it to be a massive colony vessel, with what appears to be a roughly modern-day society existing beneath the vessel’s great dome. Upon splitting into two groups, the Orville crewmembers discover that the society is a theocracy under the control of Hamelac (played by the ever-capable Robert Knepper) who rigidly enforces the orthodox believe that there is no universe but that created by Dural but that there is also a dissident group of “Reformers” who believe that there may be more to the universe than that which they can see. We, as viewers, know that clinging to orthodoxy will result in the deaths of everyone on board, but Hamelac sees heterodoxy as a threat to his power structure. There’s nothing particularly new about this storyline, but the Orville tackles it nicely and does not shy away from exploring how violence results from this schism. Ultimately, our intrepid heroes are able to resolve the schism by returning to the residents a view of the stars with a little help from an explicative cameo by Liam Neeson. It’s a solid story, and though the resolution seems to come too fast, the show’s visuals more than make up for it. Finn quotes Emerson as the roof of the massive vessel opens, revealing to the people the great wonder that is the expanse of stars.

Aside from the primary story line, the show offers us tidbits of further developments to come. The opener features a frustrated Klyden chastising Bortus for not spending nearly enough time with his family, and it’s a nice parallel to the situation that caused Mercer and Grayson to divorce as well as a potential teaser of fallout from the events in “About a Girl”. There is some fantastic griping between Grayson and Kitan about Kitan’s lack of love life, and relevant to Grayson, Adrianne Palicki is fantastic during the torture sequence. In fact, I may have guffawed when she makes a Friends reference. There is a bit of a random event that pulls the Orville itself away from the vessel, and while that did not have any real impact on the events on the colony vessel, I hope that we’re starting to see some development for LaMarr as he and Malloy are the weaker links in the series. We also have the first real episode to feature Isaac, and he seems to be slotting into the Data/Spock role.

Claire Finn shines enough that she gets her own mention because she has to suffer Yaphit’s continued harassment, which the show seems to think is funny rather than creepy. Let’s be honest, Yaphit is sexually harassing the doctor, and I dislike that it’s played for laughs. Certainly, Penny Jerald’s Finn is more than capable of shutting Yaphit down, but we shouldn’t be laughing at it. On a more positive note, the medical technology in The Orville is just really cool, and it’s radically different than what we’ve seen before. I hope we get to see more of it as the series continues to flesh out the world.

All in all, despite its flaws, The Orville continues to improve, and I’m looking forward to next week’s offering, especially as Charlize Theron is guest-starring.

2 thoughts on “Of Gravity Wells and Faith”