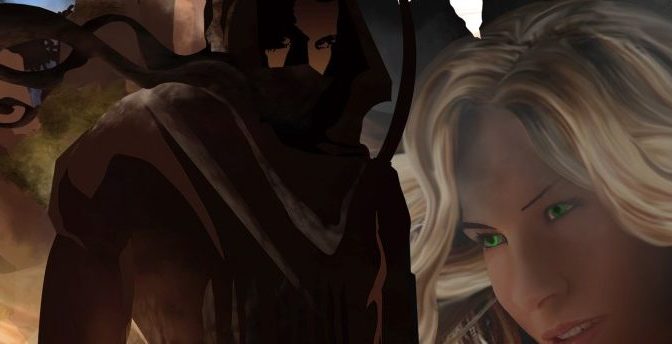 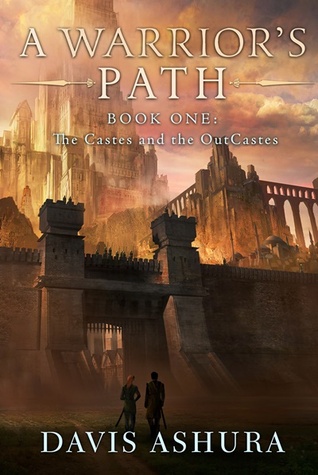 This week for Bookish Wednesday I’m covering the first in a series I was introduced to by a friend. It’s A Warrior’s Path by Davis Ashura!

Plot Synopsis: Two thousand years ago, a demon thundered into the skies of Arisa and cast down the First World. She is Suwraith, the Sorrow Bringer. For millennia, She has labored to fulfill Her only vow: Humanity’s extinction.  Into this world of city-states – where a person’s Caste determines his Talents and his future – is born Rukh Shektan, a peerless young warrior who has trained since birth in the way of the sword. He becomes lost in the Wildness, the large swaths of land under the Sorrow Bringer’s sway.

Plot: I’m not going to go into the political quagmire that is the caste system, because that’s a fruitless endeavor for myself and a waste of my time. There are plot reasons for what is going on in this series and while it’s not entirely clear from this first book we do get to see some hints and teases regarding it. I enjoyed this book quite a bit, and only when I looked up the book on Amazon to find the publisher’s info did I find out it’s in the young adult section. I’m surprised given the horrifically bloody nature of the book, but then I remembered that Scholastic published The Hunger Games trilogy and if that isn’t irony I don’t know what is.

Characters: Rukh is a great character, but Jarresh and Jessira are my two favorite characters. Except for Dirge, he’s kind of cool. The rest of the cast is awesome as well, you hate the ones you’re supposed to hate and all that.

Overall: This is an excellent start to a series that is looking to be amazing, wether the two sequel’s live up to the promise of this remains to be seen.