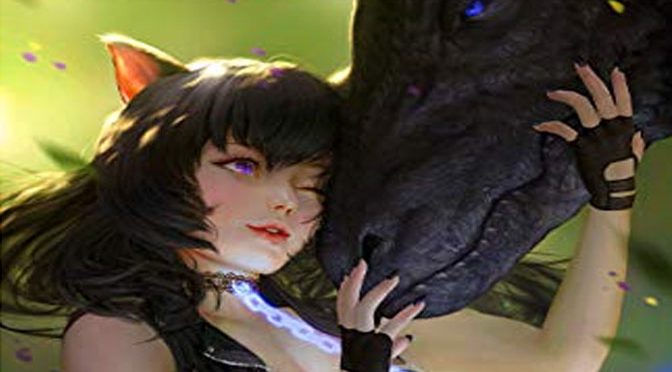 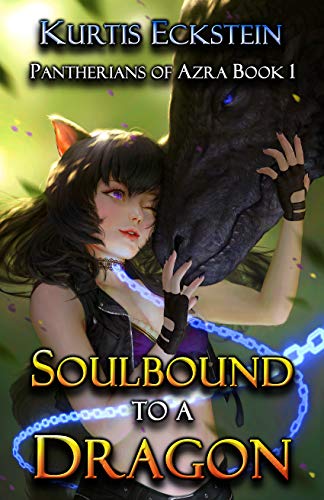 This week for Bookish Wednesday I’m back with a rather disappointing book. It’s Soulbound to a Dragon, Pantherians of Azra Book 01, by Kurtis Eckstein!

Plot: The plot is incredibly stereotypical and while there are a few new ideas the fact that the star crossed tragic lovers trope was in full play meant they were not enough to catch my interest or energy to bother getting past a certain point in the book. The setting is okay, it serves as sort of Urban Fantasy/Magitech sort of world, but the fact that the author decided to use the word Pantherian to mean all half breed characters despite the fact that the main character is a female with black hair and cat ears and tail was just the icing on the boring cake. I mean if you use the word Pantherian, you are going to think of a panther. Especially with that cover art. Sure you shouldn’t judge a book by the cover, but it’s a pretty obvious flaw.

I assume that it was a play on the word Therianthrope, meaning a human who can shapeshift to an animal form, but to have our main point of view character be a panther girl makes the entire word choice completely useless and nonsense when the next major character we meet is a half breed of a human and a freaking dragon. Pantherian doesn’t really fit for a species classification there now does it? Frankly with all that and the stupid tragic lovers trope being played straight for all it’s worth, it just meant I was completely and utterly unenthusiastic to bother reading past a certain point. I used to stick to my rule that I’ll finish out a story no matter how bad it is, but with the amount of stories that I’ve experienced over the years, and that has only increased exponentially since I started writing a few years ago, I’ve since had to modify my rules. Frankly the stereotypical plot and the nonsensical verbage all meant I had little reason to continue with the book. I had enough warning flags going off in my head to tell me not to bother with this story, so I listened to my instincts and didn’t bother reading past a certain point. Normally I don’t do this, as even terrible books deserve my time to utterly lambast them, but I had more important things to do.

Characters: Riel is our main character and point of view through which we see this world of Azra. Frankly she’s much too ignorant and way too pessimistic about her situation. Granted she has every reason to be given how ignorant she is, but it’s such an overdone stereotype that I couldn’t bother liking her all that much. The rest of the cast was little better, with Eli being our main male character.

Overall: Skip this book, it’s really not worth your time when you will likely waste reading or listening to this.

For those who like: Stereotypical Plots, Nonsensical Verbage even for Fantasy.

Not for those who don’t like: Either of the above, or mediocrity.