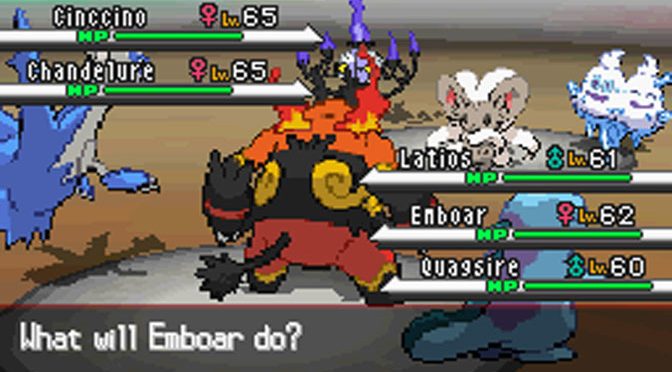 We’re roughly a week out from the release of the 8th generation of Pokémon games, Sword and Shield. The Pokémon series as a whole is roughly 23 years old now, spanning across 31 main entries before the 8th generation titles come out for Nintendo Switch. So before the new blood of Pokémon arrives with a bevy of new monsters to catch, train, and exploit for personal profit, we at Game Industry News think it would be a great time to celebrate the history of this series with what were, at the time, the most controversial entries in the Pokemon series, Black and White.

Pokemon Black and White functioned like another soft reboot to the franchise- a whopping 156 Pokemon were added, more than the first generation, but those Pokemon were all you had access to until after the Unova Elite Four. You couldn’t even transfer your Pokemon from generation 3 or 4 games until after beating the game, as well. However, the story of Black and White still managed to worm its way into the hearts of many fans as the tale of a trainer battling against Team Plasma, who wanted to free all Pokemon from their trainers, actually portrayed some of the more interesting issues surrounding the Pokemon franchise that fans had joked about for years.

Of course, because the Pokemon games are meant for children, rather than actually coming to any kind of satisfactory conclusion about the state of Pokemon functioning as de-facto slaves or anything of that nature, a “Man behind the curtain” appears. This man is so reprehensibly evil that Team Plasma goes from being morally gray (in the Black and White games, no less) to objectively evil, as the team’s goal wasn’t Pokemon liberation at all. Using Pokemon emancipation as a sophistic facade for world domination completely backpedaled the entire narrative in the process. Though, it is worth noting that Black and White are the first Pokemon games with enough storytelling to even mention in this manner, making these games quite groundbreaking as far as the franchise goes: This was roughly the first time Pokemon tried to be taken seriously as an RPG from a story perspective. 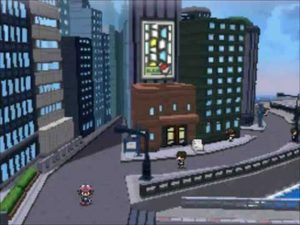 The tone of Black and White was substantially changed, as you can tell from the screenshot, even the region of Unova looked like nothing like the previous games at all. Each previous Pokemon generation was based off of some area of Japan, but Unova’s inspiration was instead New York City. Larger buildings, shown off via the Nintendo DS’s limited 3D rendering capabilities, were particularly common in the region, and the post-game battle center, the Battle Subway, took notes after New York public transit (though there is no Battle Frontier in these games at all, the Subway is more limited in that respect). Even outside of the setting, Unova looked very different from previous Pokemon games due to the addition of in-game seasons, and more varied camera angles gave players a more realistic perspective of the locations in-game, even if the characters were still sprites or relatively simple polygons.

New battle styles emerged for the first time since generation 3: Rotation and triple battles, featured predominantly in Black and White, respectively, completely changed the mechanics for individual battles by adding many more variables to keep track of in predictions. Technical Machines, items you could find to teach your Pokemon new moves, were finally changed from single use consumables to infinite use items, which made the formation of your perfect team many times easier. No longer would you need to restart a game, find a TM, trade your Pokemon over and teach it the move, then trade back. Yes, this is what you needed to do for every Pokemon that needed to learn Thunderbolt back in gen 1 or 2 (you kids have it so easy these days).

Online features were further expanded, with the Pokemon Global Link allowing players to connect their games to an official website to see online battle statistics, participate in online competitions, and more. Players could also access the Dream World, where you could send your Pokemon out into the Internet to meet other Pokemon, and players could also find unique items or special Pokemon that would have their Dream World Ability, giving some Pokemon one of up to three different abilities! Some of the abilities were just outright incredible, such as Blaziken’s Speed Boost ability that raises its speed at the end of every turn it’s in battle.

So Black and White featured a lot of quality of life changes, but received some flak for locking old Pokemon behind the post-game. GameFreak seemed to have heard player demand, as once Black 2 and White 2 released, you could catch more than just generation 5’s Pokemon before end-game. Black 2 and White 2 were also the first “Third version sequels” in that they have a different story from their base game and take place after the first games. The Pokemon World Tournament is added as another type of post-game challenge, very similar to the Battle Subway, except that you largely battle trainers, gym leaders, and champions from all across Pokemon’s history up to this point. It was a very nice touch that GameFreak would certainly build upon in future games (hint: They didn’t).

More spin off titles came out during the fifth generation as well, with most receiving mixed critical reception. Games like PokePark 2, Pokemon Rumble Blast, Pokemon Rumble U, Pokemon Ranger: Guardian Signs, and Pokemon Mystery Dungeon: Gates to Infinity all receiving lukewarm or negative reception. Pokemon Conquest was a great little mixture of tactical RPG and Pokemon combat, making it one of the most fully realized Pokemon spin off games so far. Of course, after beating Black 2 and Conquest, lots of players were looking forward to the next game to carry on the Pokemon DNA- hoping that the series might evolve… perhaps in a mega fashion. Okay look, next time we’re going to be talking about X and Y, the puns for that are hard and they can’t all be gold (or silver), all right?